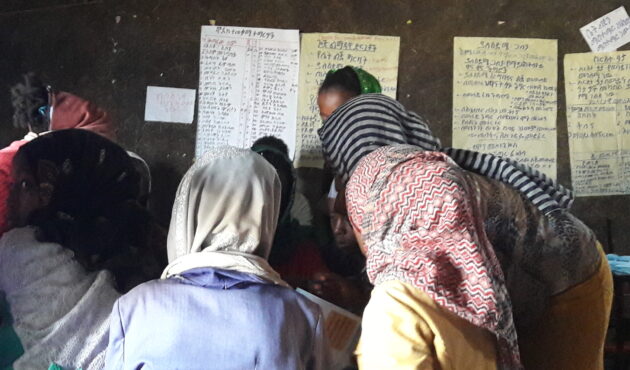 Survivors of bonded and child labour describe path towards liberation

A study by the University of Nottingham’s Rights Lab, the Freedom Fund and Praxis explores the survivor experiences of reintegration services and sustained liberation in Northern India. The project interviewed 88 survivors of trafficking in the Indian states of Bihar and Uttar Pradesh to investigate which interventions were crucial to survivors’ long-term freedom and independence. Respondents emphasised that access to decent employment, education and knowledge of their labour rights were critical for securing sustained liberation. The ability of communities to self-organise was foundational to preventing re-exploitation.

The United States Department of Labor released its biennial list of major goods produced with child or forced labour in more than 145 countries and territories. Notably, this year’s report adds five goods produced by the forced labour of Muslim and ethnic minority groups in Xinjiang, China. At least 100,000 Uighurs and other groups are estimated to be in conditions of forced labour following detention in “re-education” camps.

Walk Free investigates the social, cultural, economic, legal and political factors that contribute to women and girls’ vulnerability to modern slavery. The report explores how these factors shape experiences of modern slavery at each stage of life from conception into late adulthood. From sex selection during pregnancy to education discrimination in childhood, and employment in the riskiest sectors of informal economies and inheritance theft, women and girls are exposed to gendered risks for slavery at every age. The report lays out key recommendations to ensure safer lives for women and girls globally.

A World Bank study compares methods for surveying child agricultural workers. Due to the seasonality of agricultural work and the gender segregation in different parts of the industry, it’s challenging to accurately capture exploitation of child workers. The study uses three randomised survey designs in rural Ethiopian coffee plantations to compare the discrepancies between proxy and self-report methods for child labour. Nearly 1,200 households were sampled in the Jimma and Sidama regions, and the study found disparities between the efficacy of the two methods for girl respondents but not for boys.

Policy solutions to forced labour in the seafood industry

We’re proud of the covid response we’ve achieved with our courageous frontline partners. As of August, we’ve distributed $1.4 million in emergency aid. To learn more, read our report.