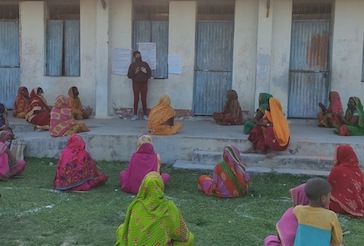 Greenpeace released their fourth report ranking tuna canneries in Southeast Asia, assessing both the sustainable environmental policies and labour practices of 20 major brands. Safeguards against exploitation have improved in the industry, with 55 percent of companies having implemented policies for early detection of modern slavery, and 35 percent requiring fishing crew manifests. However, while responsible sourcing and tracing of tuna stocks is increasing across the industry, it is largely constrained to companies producing for western markets and labour abuses are still common across the sector.

The Human Rights and Development Foundation, with the Freedom Fund, presents an analysis of judicial harassment of labour activists in Thailand. In recent years, labour and community activists in Thailand have been targeted in defamation lawsuits by alleged perpetrators of exploitation, with the goal of having a chilling effect on human rights and workers movements. This tactic is commonly called “Strategic Lawsuits Against Public Participation”. The report analyses 15 such lawsuits brought by one offending company against workers, journalists and a former Thai Human Rights Commissioner.

The Clean Clothes Campaign estimates the wage theft and wage losses experienced by garment workers across seven countries during the first three months of the global pandemic. The report estimates the wage gap for 13 million garment workers in South Asia based on local minimum wages, reported factory closures and layoffs, and government assistance schemes. In Bangladesh, where 72 percent of furloughed and 80 percent of dismissed workers were sent home unpaid in March 2020 alone, the wage gap was estimated to be $501 million.

Human Rights Watch highlights stories of salary abuse faced by migrant workers in Qatar in the lead up to the 2022 FIFA World Cup. Speaking to 93 migrant workers across 60 employers from 2019 to 2020, the report showcases the range of exploitation experienced, such as unpaid overtime, arbitrary deductions and withholding of wages. Qatar’s 2 million migrant workers make up 95 percent of its workforce and struggle to balance low salaries with hidden debts. Workers can pay anywhere from $693 to $2,613 in recruitment fees to secure jobs that pay on average $206 per month, entering into cycles of debt.

The International Labour Organization and UNICEF released their agenda for addressing child vulnerability and exploitation due to covid-19. The report highlights the challenges of growing insecurity and declining social protections globally, where 55 percent of people will not have a social security net, and the expected number of people living in extreme poverty will rise by 40 million this year.

The Freedom Fund hosted a discussion between Ambassador-At-Large John C. Richmond and our Director of North America Amy Rahe on leadership in the anti-slavery sector and their own personal journeys