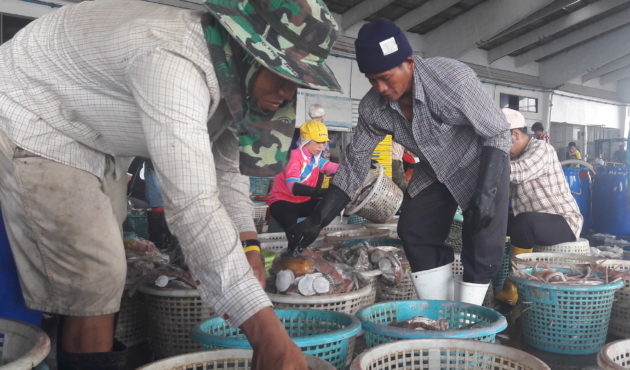 A report by Walk Free finds that at least one form of modern slavery is present in each of the eight countries studied. Over 32,000 Pacific Islanders have been displaced as a result of natural disasters, and those escaping the effects of climate change are highly visible vulnerable to unscrupulous recruitment agents, often pressured to take on unmanageable debts and deceived into unsafe and exploitative work.

Forced relocation of Uyghurs from camps to factories

Research by the Australian Strategic Policy Institute concludes that the Chinese government has facilitated the mass transfer of Uyghurs from ‘re-education’ camps into state-sponsored factories. Twenty-seven factories in nine provinces have been identified as sites of forced labour, supplying to 83 well-known global brands. Between 2017 and 2019, an estimated 80,000 Uyghurs have been assigned by the government to work in these factories.

An article in the Journal of Human Trafficking take stock on evaluation methods for anti-trafficking interventions, drawing on 90 studies produced between 2000 and 2015. The review found the quality of evaluations to be generally low, with only two studies including a control or comparison group. The vast majority of evaluations were based on document reviews and qualitative interviews, with few examples of evaluators triangulating their findings or assessing the reliability of the information source.

Treatment of workers in the Thai seafood industry

Endline research by the International Labour Organization found that 27 percent of workers surveyed have experienced forced labour in the past 12 months, relatively unchanged from a 2013 study. However, the research also identified improvements in hiring practices and wages, with 90 percent of respondents reportedly paying no recruitment fee (up from 45 percent in 2017) and more than a two-fold increase in workers now receiving a fixed salary.

A case study by the Freedom Collaborative reports that Nairobi is a major transit hub for cross-border migration as well as a destination for internal migrants. Using data submitted by civil society organisations in Kenya, a total of 398 human trafficking cases were identified, with 48 percent of cases involving Kenyan migrants in the Middle East and 43 percent of cases involving exploitation within Kenyan borders.

The International Organization for Migration developed a handbook that describes best practices for supporting migrants vulnerable to exploitation.