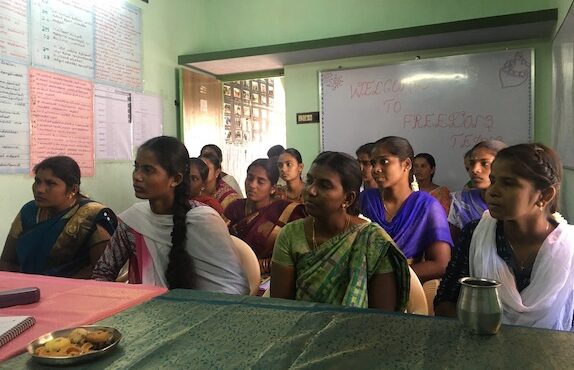 Fashion Revolution, in association with the Tamil Nadu Alliance, reviews the supply chain transparency of 62 major fashion brands and retailers with reported links to textile suppliers in southern India. Supply chains for major brands are often fragmented and opaque, which can foster exploitative and unsafe working conditions. The report finds that 31 percent of brands reviewed provided incomplete lists of their textile production sites, with only one brand out of 62 capable of disclosing all of its sites.

The economy of child labour in the Indian textile industry

Grace Farms Foundation examines the risks of forced labour at all levels of the building and construction industry. Construction is the largest industrial sector in the world, contributing to 13 percent of global GDP, but remains the least modernised and the most disaggregated. Risk of forced labour and human trafficking are present at all levels of activity, from construction sites to material supply chains. The report highlights the 12 commonly used materials in buildings linked to forced labour, such as timber, bricks and steel.

The Caregivers’ Action Centre documents the exploitation of migrant care workers in Canada during covid-19 by drawing on surveys with 201 migrant care workers across the country. Nearly half (48 percent) of care workers reported unpaid wages for extra hours of work, equivalent to $6,552 CAD in unpaid wages per worker over the last six months. Issues were compounded by residential workers being laid off and losing accommodation, as well as lengthy waits for official documents necessary for finding new work.

The Tamil Nadu Alliance, alongside Freedom Fund partners in southern India, have released a music video on ending child marriage and supporting girls in the community. Watch the music video here.