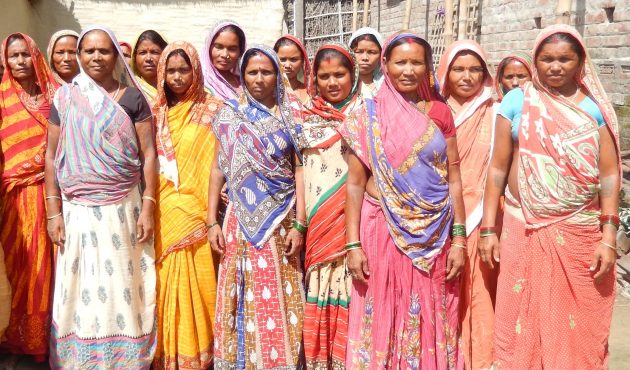 The Civil Society Organization Coalition for Ethical and Sustainable Seafood investigates the variations in minimum wage across different sectors of the Thai seafood industry. The research surveyed 588 workers across eight provinces working in fishing, processing and aquaculture. Across these sectors, 58 percent of workers earned less than minimum wage, with processing factory workers earning 26 percent less than fishers. Women were, on average, paid 29 percent less than men, with greater gender pay disparity in less formalised sectors such as aquaculture.

Climate change and debt for Harawa-Charawa in Nepal

The Asian Forum for Human Rights and Development highlights how poverty, debt and climate change affect the risk of exploitation for Harawa-Charawa communities in Dhanusha, Nepal. Nepal is the fourth most vulnerable country to climate change and the Dhanusha district is increasingly prone to drought and flooding, resulting in crop failures and loss of income for Harawa-Charawa labourers. Climate crises have led many to re-enter into conditions of debt bondage, where debts can reach up to $4,235 while daily wages average $1.36.

A study by Asia Floor Wage Alliance documents wage theft in the garment sector. The report investigated the supply chains of 15 major brands, interviewing 2,185 garment workers across Sri Lanka, Pakistan, Indonesia, India, Cambodia and Bangladesh. The research focused on factories that were nationally registered and were Tier 1 suppliers to major brands. Across the 11 factories in Sri Lanka, 94 percent of workers had experienced wage theft and lost on average 23 percent of their earnings – equivalent to $9.42 million stolen from workers by employers

Child labour in cocoa production in Ghana and Côte d’Ivoire

The European Commission reports on child labour in cocoa production in Ghana and Côte d’Ivoire, based on interviews with 137 stakeholders including cocoa producers, NGOs, government officials and workers groups. An estimated 1.56 million children are engaged in child labour in the cocoa industry in Ghana and Côte d’Ivoire. Direct interventions have lowered rates in program areas, but these interventions only cover 10 – 20 percent of cocoa producing communities. A wider systems-based approach is needed to address child labour effectively.

The Freedom Fund has released a video on our impact as of 2020. Watch online here.