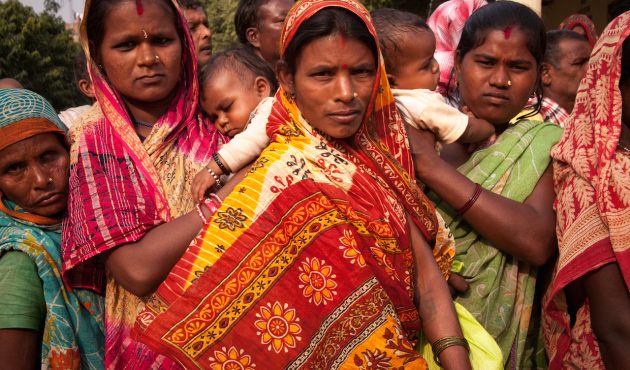 Research by Caritas France examined the trafficking of vulnerable groups from conflict and post-conflict situations. The study found that methods of exploitation vary significantly from one region to another and recommended that international donors assess and target the specific needs of each area rather than formulate broad anti-trafficking programs at a global level.

Reviewing the evidence on child marriage

A review commissioned by the Amsterdam Institute for Social Science Research synthesised current literature on the nature of and approaches to combat child marriage. The need for multi-sectoral efforts across health, education and social marketing as well as the use of monitoring and evaluation data to make course corrections were highlighted as critical factors.

Forced marriage between Cambodia and China

The United Nations Action for Cooperation against Trafficking in Persons has shed light on the growing phenomenon of forced marriages in China, based on the account of 42 victims from Cambodia. Although the practice is illegal in both countries, illicit brokers collude across borders to recruit, transport, deceive and coerce women into unwanted marriages. The report suggests formalising and regulating migration channels, including for marriage, to reduce exploitation.

Free the Slaves and Kaarak Enterprise Development Services have tested a mobile-based education and outreach program through voice messages to vulnerable communities in Uttar Pradesh, India. After delivering over 5,000 voice messages, the follow-up surveys found that 79% of respondents found the information useful and relevant, and 86% of users shared the information with their families.

Experts convened by FLEX, a UK-based labour rights group, have published a new report highlighting a strong causal link between “minor” labour abuses and more severe labour exploitation in several UK industries and especially among migrant workers. The report calls for early identification of and action against abuses such as non-payment of minimum wage and unfair dismissal in order to prevent these developing into more severe forms of exploitation.

Some food for thought in two blogs about evaluation in the development sector by 3ie (‘Is impact evaluation still on the rise?’) and DFID (‘What is the value of evaluation?’).