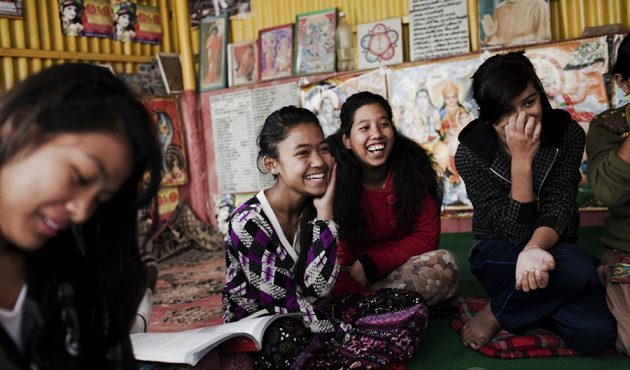 Welcome to the Slavery Research Bulletin, the Freedom Fund’s monthly brief designed to bring you new & compelling research from the global anti-slavery movement. Subscribe to our bulletin here.

Insights from the Freedom Fund’s work with women and girls

Of the 40 million people trapped in slavery around the world, 71 percent are female. The Freedom Fund’s latest report draws on lessons from our anti-slavery work with women and girls across four countries. The report notes that rescue operations to remove women from slavery can cause unintended harm and that longer-term support services can provide a more gradual and sustained exit.

Despite years of public efforts to address forced labour in the Thai fishing industry, a study by Human Rights Watch finds that the Thai government has not taken the necessary steps to end abuses. The report concludes that the situation has not changed substantially since a 2012 survey of fishermen found that one-in-five were working against their will.

The International Organization for Migration calls for more reliable data to manage global migration and deliver greater benefits. The authors suggest that data-driven interventions could double the number of human trafficking cases identified to 150,000 and increase remittances back to low- and middle-income countries by $15 – 20 billion per year.

Exploitation in illicit massage businesses across the U.S.

According to research by Polaris there are over 9,000 illicit massage parlours in the U.S., often fronts for labour trafficking and sexual exploitation. Of the 32,000 cases of human trafficking in 2017, 33 percent were linked to these venues. Most victims have taken out loans, ranging from $5,000 to $40,000, to finance their journey to the United States.

Across the world, 15 million people live in a forced marriage and 84 percent of victims are women and girls. The Walk Free Foundation argues that forced marriage is too often seen as a law enforcement issue. The authors note that interventions need to address root causes such as discriminatory gender, cultural and religious norms.


Explore the root causes and human toll of modern slavery with this interactive guide by the Council on Foreign Relations.

For more news and updates about the Freedom Fund, visit our Newsroom. You can also subscribe to our bulletin here, and read archived issues here.

Our team would love to hear from you. Please email:
[email protected]