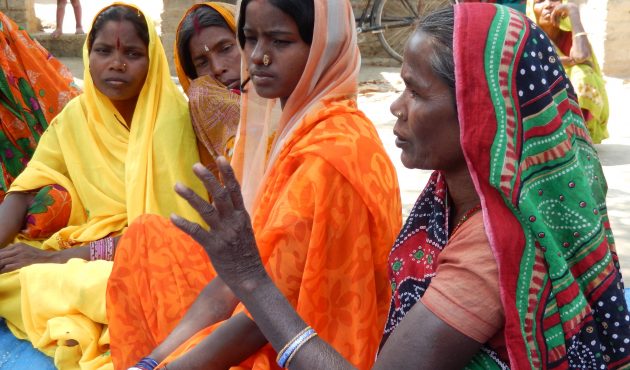 New findings from five external evaluations of the Freedom Fund’s hotspot programs by leading research organisations have validated a community-driven model of working with vulnerable populations. Two of the evaluations by the Institute of Development Studies found that between 2015 and 2018, the prevalence of households in bonded labour fell steeply from 56.2 percent to 11.4 percent, across the 1,100 communities in Bihar, Uttar Pradesh and Tamil Nadu where the Freedom Fund is investing in frontline activities.

A blueprint for mobilising finance against modern slavery

The financial sector has a unique role to play in investing in and fostering business practices that help to end modern slavery. The Lichtenstein Initiative released a blueprint for mobilising finance against slavery and trafficking, based on inputs gathered from over 140 experts around the world. The report sets out five goals towards which financial sector actors can work through individual and collective action.

An article in the Journal of the American Academy of Child and Adolescent Psychiatry surveyed 323 former child soldiers from Sierra Leone to investigate the associations of war with mental health. The survey found that 67 percent of the former child soldiers reported being victims of life-threatening violence, and 28 percent exceeded the threshold for post-traumatic stress disorder.

Corporate Responsibility Watch released its fourth report based on analysis of 300 Business Responsibility Reports, randomly selected from the top 500 companies listed on the Bombay Stock Exchange. The team found a large gap between policies and practices. For example, although 93 percent of companies have a policy on respecting human rights, only 31 percent have explicit commitments to prevent child labour in their supply chain.


For more news and updates about the Freedom Fund, visit our Newsroom. You can also view archived issues of our bulletin here.