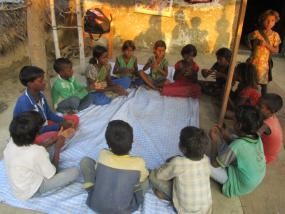 Good and bad news in India
The FXB Center at Harvard University has published a study evaluating the work of MSEMVS, one of the Freedom Fund’s partners in Northern India. The research finds a significant decline in debt bondage in the area and attributes improvements in education, health and food security to MSEMVS’s intervention.

Also from the FXB Center this month is a report analysing India’s approach to the rescue and rehabilitation of children trafficked for labour exploitation. The work suggests that gaps such as inadequate reintegration services leave children at risk of further harm.

New research on domestic workers
A survey of over 1,000 domestic workers in Hong Kong by the Justice Centre concludes that 1 in 6 workers could be classified as in forced labour.

And finally
Research in the Journal of Applied Psychology examines the emotional reaction to victims of trafficking.

News & updates
The MSEMVS study from FXB features in the first edition of a new Evidence in Practice Series from the Freedom Fund.