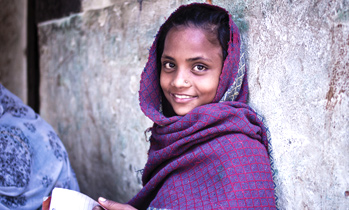 Welcome to the Slavery Research Bulletin, designed to provide busy readers in the anti-slavery community with a succinct monthly update on new and interesting research. This first edition highlights articles from the last six months.

Health in the Mekong
The London School of Hygiene and Tropical Medicine and the International Organisation for Migration have published the first health study of a large and diverse sample of men, women and child survivors of trafficking for exploitation. The study, published in March in The Lancet Global Health, focuses on Cambodia, Thailand and Vietnam and describes the range of physical and psychological symptoms experienced by trafficking survivors.

Evaluating Palermo
A special edition of the Anti-Trafficking Review focuses on 15 years of the UN Trafficking Protocol. The April edition contains a range of articles assessing the impact of the protocol from leading experts including Jacqueline Bhabha and Anne Gallagher.

Delaying child marriage
The Population Council has published the results of an evaluation of its programs to delay child marriage. Findings from Ethiopia and Tanzania include significant delays to early marriage among groups ranging from 10-17 years old as a result of educational support and economic incentives.

Measuring hidden populations
How to research populations that are hidden from view has long been a challenge for the anti-slavery sector. New research piloted in the U.S. published in July assesses whether a new sampling strategy based on GPS-enabled field inspections would be economically feasible and methodologically reliable.

Read on…
DemandAT, an interdisciplinary research project aiming to investigate approaches to reducing demand for trafficking, has released its first working paper.

‘Before the Boat‘, a new report from the Migration Policy Institute, highlights key gaps in the evidence base around understanding the migrant journey.

And finally
In case you missed it, the 2015 Trafficking in Persons Report was released at the end of July.