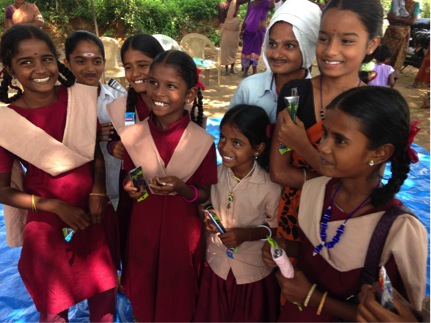 An article published by the International Association of Agricultural Economists evaluates the effectiveness of private sustainability standards in global agri-food value chains in promoting schooling for producers’ children in the African coffee sector. The study finds that Fairtrade certification increases the likelihood of children to be enrolled in secondary school by 25 percent, however, this effect was not found in the Rainforest Alliance certification.

Access to justice for Burmese migrant women in Thailand

Several factors have contributed to growing numbers of Burmese women migrating to Thailand, including ethnic conflict, sexual abuse and lack of economic opportunity, according to a paper in the International Journal of Interdisciplinary Research. The majority of Burmese migrants surveyed in the research cited illegal migration status as the primary factor hindering access to justice in Thailand.

Interviews with 205 young women who participated in child marriage prevention programs in Ethiopia and India have identified the risk and protective factors related to early marriage. Across contexts, male caretakers were the most important final decision makers; among Ethiopian girls whose early marriage was delayed or cancelled, over 60 percent of them had a male caretaker as the final decision maker.

A survey of 750 individuals employed in the manufacturing sector in southern India revealed the deplorable living and working conditions of inter-state migrants in manufacturing units. The majority (60 percent) of respondents worked more than eight hours per day without overtime pay, and 98 percent reported the state’s labour laws did not cover them.

Researchers from the UK Institute of Development Studies discuss the evolution of methodologies that enable meaningful participation in the research process by people living in poverty and marginalisation. The research demonstrates that illiterate people can produce high-quality analysis to inform and build trust in development interventions.

Our director of programs, Dan Vexler, was cited in an article in the Stanford Social Innovation Review on effective approaches for pursuing systems change.