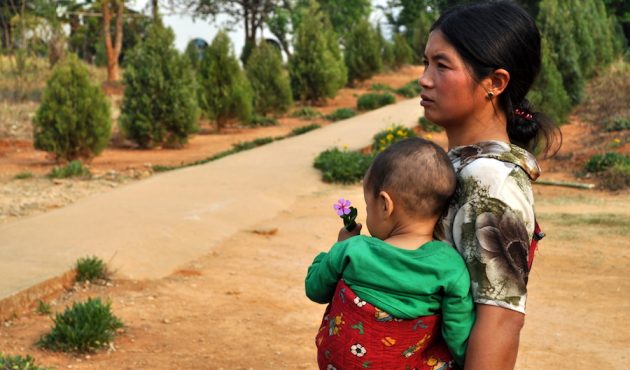 Thousands of women and girls from Myanmar are forced to marry and bear children in China, according to new research by the Johns Hopkins Bloomberg School of Public Health and the Kachin Women’s Association Thailand. Along the Myanmar-China border, the study estimates that 7,500 women and girls are victims of forced marriage to Chinese husbands, with 5,100 females forced to bear children.

Migrants recruited through employment agencies are particularly susceptible to exploitation in the apparel supply chain. KnowTheChain’s 2018 Apparel & Footwear benchmark finds that companies must do more to reduce the risk of modern slavery in their supply chains. The benchmark gives the apparel sector an average score of just 37 out of 100.

A recent report by Open Society Foundations details the promises and the perils of digital connectivity for migrant workers, a marginalised and uniquely mobile population. The research notes that although digital platforms have the potential to give workers a voice, they amass data about its users which can be used against them by companies and government authorities.

Advancing the role of finance against modern slavery

A new paper by the Royal United Services Institute, supported by the Freedom Fund, explores the role of financial institutions in reducing modern slavery. The authors call on banks to move beyond financial crime compliance and transaction monitoring, and use the provision of finance as a point of leverage to raise human rights standards among its clients.

Understanding vulnerabilities to and resilience against human trafficking

A report by the International Organization for Migration describes the causes, dynamics and vulnerabilities to human trafficking in Albania, the number one source country for referrals of trafficked persons into the UK’s National Referral Mechanism. The lack of data protection and anonymity was highlighted as a major gap, leading to victims facing social stigma and rejection by family members. Similar reports were also produced for Nigeria and Vietnam.


Congratulations to Australia on passing the world’s second anti-slavery law!