Carrying bricks, picking potatoes: all in a day’s work for Syrian children in Lebanon 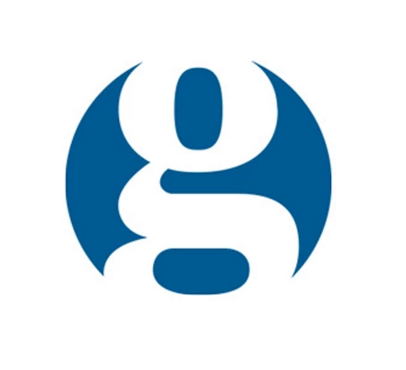 The Lebanese government prevents most refugees from working or even residing legally, meaning child labour and early marriage are widespread.

I met six-year-old Mustafa in the safe zone of one of the many tented settlements for Syrian refugees in Lebanon’s Bekaa valley. These areas offer schooling, including art and music classes, for Syrian children. They provide a respite from the brutal realities of life as a refugee, which can involve back-breaking labour for children as young as six, and marriage for girls at the age of 13.

Mustafa told us that, after leaving class at midday, he would spend the afternoon carting bricks to earn a pittance for his family. One of his classmates, a seven-year-old girl, said she picks potatoes every afternoon – tough, physical work that involves constant bending while carrying a heavy load.

Officially, Lebanon is home to almost 1.2 million refugees, but unofficial estimates put it at more than 1.5 million. Given that its prewar population was just over 4 million, this is an overwhelming burden, one with which any government would struggle to cope.

Syrian refugees in Lebanon are highly vulnerable to exploitation. Most have little or no money, yet they have to pay landlords for the patches of land on which they erect their tents, and to supplement the meagre aid handouts they may be fortunate enough to receive. But the Lebanese government – keen to stop Syrians settling permanently in Lebanon – is preventing refugees from working or even residing legally in the country. It is refusing to issue work permits except in exceptional circumstances. And it is now very difficult for Syrians to obtain residency permits – a key obstacle being a $200 (£140) annual fee per adult refugee – meaning most are breaking the law simply by staying in the country (pdf).

This creates conditions ripe for abusive employers to exploit vulnerable refugees. Because they don’t have the necessary papers, refugees live in fear of coming into contact with the authorities, particularly at the many checkpoints throughout the country. As children are less likely to be stopped at checkpoints, they are forced to work in the fields or in nearby towns. Unscrupulous employers prefer them because they are more compliant, and more unwilling to complain about physical abuse. For this laborious and often hazardous work, they are paid a few dollars at most, a portion of which is often retained by the Syrian settlement leader.

In addition to agricultural bonded labour, we heard many anecdotal reports of girls and women resorting to – or being coerced into – selling themselves for sex.

Girls as young as 13 are pressed to marry, often because parents fear for their daughters’ safety, but also to reduce the financial strain of supporting another child.

While allowing adults to work would not end child labour and early marriage, it would significantly reduce the scale and severity of exploitation. It is for this reason that the Turkish government agreed in January to issue work permits to its Syrian refugees. But for this to happen in Lebanon, pressure and support is required to persuade the government to change its counterproductive policies.

The forthcoming Syria donors conference, hosted in London on 4 February, provides an opportunity. Given that the focus of this conference is on jobs and education, it is incumbent on donor governments to encourage Lebanon to allow adult refugees to work, and to ensure children are schooled and not forced into work.

Donor countries and Lebanon need to prioritise efforts to tackle the forced labour and early marriage of Syrian children. All actors – including the Lebanese government, UN agencies, humanitarian NGOs and civil society groups – should be giving this issue greater attention, and be supported to do so.

Specifically, Lebanon needs to address the structural factors that enable these extreme forms of exploitation. It should waive the $200 residency fee, and ensure refugees can regularise their residency status and work legally. For their part, donors should provide economic incentives to the Lebanese government to let adult refugees work and receive directly all the income they earn from their labour.

There are many truly tragic consequences of the Syria conflict, but we should ensure that the forced labour and early marriage of Syrian children do not continue being among them.