Four ways that anti-slavery donors can make an impact 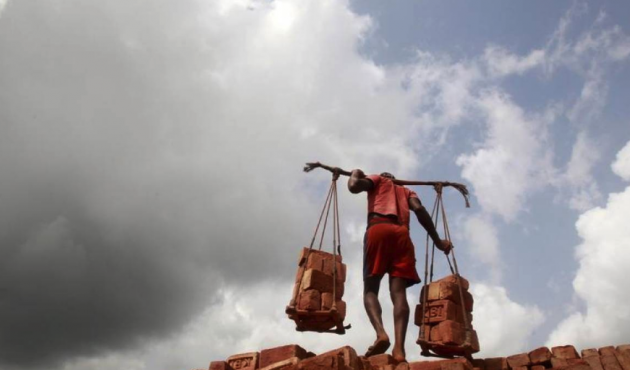 This article was originally posted on 8 May 2018 by the Thomson Reuters Foundation.

If you were a new donor to the anti-slavery sector, what would you fund?

That was the question I was asked recently by an institutional donor that is developing a new strategy to combat modern slavery. Here’s how I answered:

My starting point in these conversations is that, despite the recent surge in attention to modern slavery, very little of the funding that has entered the sector has made it to grassroots organisations. There is still a disproportionate emphasis by many donors on initiatives with centres of gravity in Western capitals. It’s not that this work isn’t important, but given the funding challenges that frontline organisations face, I don’t think donors have got the balance right yet.

Why is grassroots funding so crucial? Because at its heart, modern slavery is about power – or the lack of. Most forms of modern slavery affect the groups of people with the least power – whether it’s migrant workers in Thailand, or members of lower castes in South Asia, or women and girls in virtually all countries with a high prevalence of slavery. Their lower status is perpetuated by social norms that seek to justify their mistreatment. Unless these deep-seated inequalities are addressed, lasting progress won’t happen.

The best way we know of doing this is through bottom-up movements, led by local civil society and survivors of slavery, that can challenge harmful norms and rally public opinion. Movements that can help the communities that are preyed on by traffickers to demand more police protection, the right to own the land they’ve lived on for generations, and schools that don’t discriminate against their children. It’s classic civic organising and campaigning, and it’s absolutely essential if we’re to get at the heart of why slavery persists in the 21st century

The good news is that these movements already exist. But they need support.


To be effective, grassroots coalitions have to be led by the people they represent. Everywhere the Freedom Fund works, women and girls face unique, often heightened, risks of falling into slavery – yet most organisations that we encounter lack female leadership. Our 2018 report, Her Freedom, Her Voice, noted that frontline anti-slavery NGOs function within deeply patriarchal societies and need to make very conscious efforts to enable female leaders to emerge. One step we are taking to support this is a new program, Freedom Rising, that will help train and connect a new generation of female anti-slavery leaders.

Compared to the number of people living in modern slavery, only a paltry number of convictions are secured each year. A major reason for this is a lack of capacity within police forces and judicial systems. If the criminals are to be deterred, this has to change. There is evidence that well-targeted initiatives can make a big difference.

But a word of caution. Training police, or working with prosecutors, is only likely to be effective if the authorities see this issue as a priority. Just as our partners operate in patriarchal societies, they also work in places where police and government officials may be complicit in trafficking crimes.

So donors need to be selective; they need to consider the broader country context before deciding their strategy. To give a crude analogy, it wouldn’t have made sense to train the police in 1950s Alabama on their investigative techniques with regard to crimes against black civil rights activists. The problem was not lack of capacity. A deeper social change was needed.

Grassroots organisations can play an important role in catalysing this change and ensuring the rule of law applies to everyone.

Efforts to tackle forced labour in supply chains have expanded rapidly. There are now many organisations with expertise in helping businesses to address slavery risks. Promising technologies are bringing greater transparency to industries with traditionally opaque webs of suppliers, from garments to fishing. Our partners are excited about new worker-driven social responsibility initiatives, which place workers at the centre of solutions to improve labour conditions.

For us, the biggest gap is in creating incentives for business to act. Hard decisions will have to be taken if forced labour is to be eradicated from supply chains, but most businesses won’t act out of goodwill alone. Carrots and sticks are needed. That means more funding for journalists to uncover abuses, support to groups lobbying for tougher legislation, strategic litigation against companies that profit from forced labour, and new initiatives to mobilise consumers.

These are four areas where donors can have an outsized impact. As the anti-slavery movement grows, we look forward to new donors contributing their expertise and resources to a cause that sorely needs them.

Dan Vexler is the Freedom Fund’s director of programs.