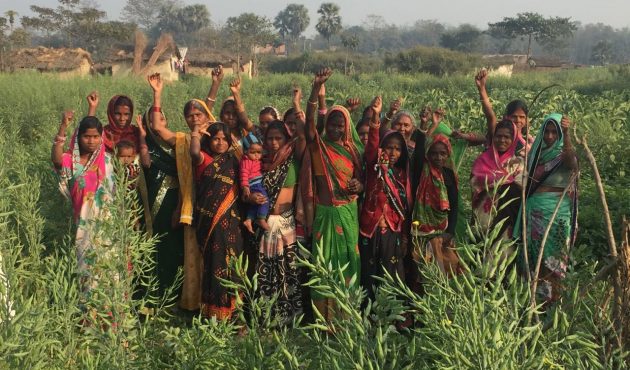 This op-ed was originally published by Thomson Reuters Foundation on 26 March 2020.

Heavy though the toll of covid-19 is likely to be in wealthier countries, it is going to be many times greater in the poorest communities in the Global South, given that these communities are often densely populated, with large households crammed into small, closely packed, dwellings, with little or no access to sanitation basics or hospitals. However, governments and philanthropists may be able to significantly reduce the impact of the pandemic, but only if they take urgent and coordinated action to support frontline organisations working to build community resilience.

Picture a poverty stricken lower caste family in a village in northern India, or a Syrian refugee family in an informal tented settlement in Lebanon. Many of these households will have between 5 and 10 family members living in the single room of their dwelling. They may not have any toilets in the whole village or camp, or access to running water or soap. Handwashing and social distancing are not viable options in this environment.

These vulnerable communities will be badly hit by covid-19. And the heavy toll in lives will not be the only cost. As we have seen repeatedly after highly disruptive events in the poorest countries – such as natural disasters or sudden economic shocks – survivors of the pandemic will also be exposed to a range of other risks and appalling choices.

As the economy closes down globally, supply chains are freezing, factories in the Global South are being rapidly shuttered, and workers instantly dismissed. While many of those jobs may have been exploitative, the alternatives in a time of economic stress are often worse. Desperate former workers are at risk of being lured and coerced by traffickers into situations of forced and bonded labour. Others take appalling risks to migrate in search of work, incurring debts to unscrupulous moneylenders, often ending up in bondage as a result. Severe financial stress in vulnerable communities often leads to greater sexual violence and abuse against women and girls, and the early marriage and trafficking of girls.

The most effective way to tackle this approaching tsunami of infection and consequent exploitation is to invest in frontline community organisations. The non-profit I lead, the Freedom Fund, has long pursued this strategy in combating modern slavery and human trafficking. We have found that, with the right support, these local organisations play an outsize role in building the resilience of their communities, in the following ways.

First, they are invariably the quickest to respond. As they are close to the communities they serve, they are usually the first to identify looming problems, and react. They are not subject to the bureaucratic constraints that too often inhibit governments from responding rapidly. Funders can take advantage of this to deploy emergency funding packages though them, to urgently get financial assistance to those who most need it.

Second, they are generally the most trusted interlocutors for their communities. They have more credibility with locals than government officials or Western humanitarian organisations, to name just a couple. This is particularly important when it comes to conveying accurate information and countering the misinformation and rumours that are so rife in times of fear. This also gives them a better chance of changing entrenched community behaviour for the better. This was particularly evident when tacking the Ebola crisis in West Africa in 2014.

Third, they are low cost, and hence provide a big return on philanthropic investment. Given their overheads are a fraction of their Western counterparts’, investment in community organisations goes a lot further.

Finally, they are often highly resourceful, in part because their limited funding encourages them to come up with innovative solutions. They also benefit from their closeness to their communities, enabling them to help develop imaginative, locally grounded, approaches to the challenges they face. A willingness to develop new ways of working is all the more important now that past ways of working – and particularly the model of big, centrally organised, international aid organisations providing humanitarian and development assistance – are increasingly unsustainable.

So, as G-20 countries gear up to implement their massive economic relief packages, they must not overlook the millions of vulnerable children, women and men who stand to bear the brunt of the impact of this pandemic. Similarly, philanthropic foundations and other donors looking to ameliorate the impact of covid-19 globally can respond by investing in frontline community organisations.

Such an approach would contribute hugely to reducing the severity of the pandemic and consequent exploitation of countless people in the world’s poorest communities. And, in our still connected world, it is also an investment in global resilience, given that if covid-19 continues to flourish anywhere, then everyone remains at risk.