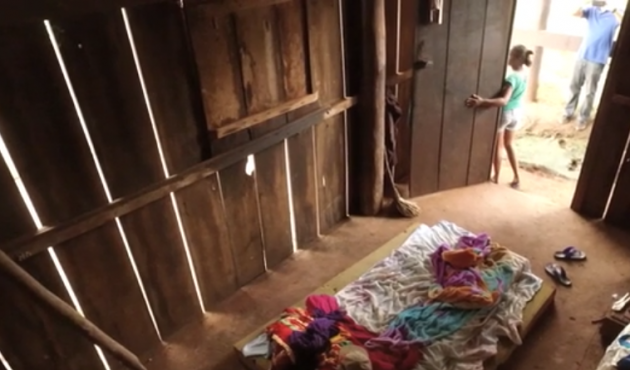 A new series of short videos from the CNN Freedom Project highlights the use of slave labour in Brazil’s cattle production. They show the role of the anti-slavery organisation, the Comissão Pastoral da Terra (CPT), that has helped trigger rescues of 50,000 people from slave labour in Brazil since 1995.

This new CNN report shows the persistent link between slave labour and the industries that continue to intensify deforestation in the Amazon, such as ranching. In the video, a family of workers, with the oldest nearly 70 and the youngest 16 years old, describe sleeping on the floor of the cattle corral, with only a hose to use for washing in the adjacent muddy field.  After two years of working constantly, paid only with food, yet somehow becoming more and more indebted to the owner, the rescued father of the family, back in their hometown said, “When I left there my heart opened up…I want to spend more time here at home, maybe line up a little something close to my family. There would be nothing better than that”. The members of the official mobile anti-slavery squad that rescued the family are clearly shocked by the subhuman conditions the family had endured.

The video closes on a hopeful note, with the family’s joy that the rescue operation and legal action has led to the owner settling to pay them $38,000 in back wages and penalties, enough to buy a house of their own.

Pictured: A screenshot of CNN’s video, showing the small bedroom where a family of three slept at the edge of a corral.