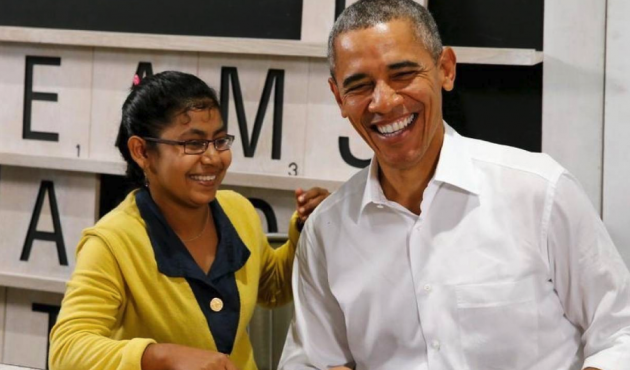 Various branches of the U.S. government are launching an array of programs and policies to address the issue of some 21 million people estimated to be enslaved around the world, top U.S. officials said at a meeting this week at the White House.

“Hopefully, in this last year of the administration, we can make a quantum leap in what we can say to the world we were able to accomplish,” U.S. Secretary of State John Kerry said at Tuesday’s meeting.

“Trafficking in persons is a national security issue which contributes to international instability with links to terrorism, corruption and crime,” Clapper said at the meeting.

Efforts by the U.S. government to fight trafficking far exceed those of most other nations, Dan Vexler, director of programs at The Freedom Fund, a private anti-slavery fund, said on Friday.

But nationwide federal legislation requiring companies to disclose how they are tackling trafficking risks in their supply chains would add significant clout to U.S. efforts, he said.

“On the whole, there’s something to be said for the Obama administration leaving a real legacy in this area, and they’re doing more than most, but that’s the next item on the wish list for us,” Vexler said.

The International Labour Organization estimates 21 million people around the world – more than half of them women and girls – are trapped in forced labor, generating $150 billion in illegal profits in the farming, fishing, mining, construction and sex industries.

State law in California since 2012 has required major retailers and manufacturers to show their efforts to eradicate forced labor and human trafficking from their supply chains.

British law passed last year also requires businesses to disclose what actions they have taken to make sure their supply chains are free of slave labor.

In the coming year, the U.S. Office of Management and Budget will release a set of practical tools, such as a model compliance plan, for government contractors, officials said.

The State Department came under fire last year after a Reuters examination of its annual report on human trafficking indicated it had given overly favorable assessments of several strategically important countries.

In other government initiatives, the federal Department of Health and Human Services is developing a public awareness campaign on human trafficking for early 2017, officials said.

The Department of Agriculture will focus on rural areas with high poverty rates to help landowners, farmers and ranchers spot trafficking, and the Department of Transportation is expanding anti-trafficking training to drivers of trains and buses, officials said.

“What we feel here is the fierce urgency of the remaining 12 months,” said Tina Tchen, assistant to the president, at the meeting.