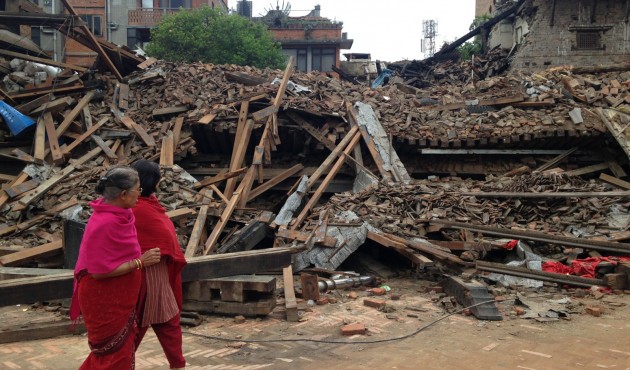 It has been over six months since the world witnessed the devastating earthquakes in Nepal.

Following the horrendous loss of life and destruction of property, another, more insidious risk emerged – that of human trafficking.

The stories of exploitation are all too common. They display the worst of human behaviour: violent and coercive exploitation of highly vulnerable human beings – who are then deprived of their liberty and exploited for others’ gain.

It is this crime that the Freedom Fund was set up to combat – be it in Nepal or India or Thailand or other countries where it is rife. The Fund is committed to mobilising the knowledge and capital need to end modern slavery and human trafficking. With a global perspective and a passionate, expert team, backed by experienced investors, our aim is to raise $100 million for smart anti-slavery investments in countries where it is desperately needed, such as Nepal.

As soon as the devastation hit, we were quick to respond. We deployed emergency funds to support local organisations overwhelmed by the ruin and struggling to fight the traffickers.

In central Nepal itself, in the face of increased trafficking after the earthquakes in April and May, many communities are getting organised to protect local residents. One of our local NGO partners explained:

“In Kathati, a group of people who came in the name of distribution of relief had taken a woman, supposedly offering her a better opportunity. When the family and community found out, they informed the police. Later on, the group and the woman were intercepted at a police checkpost in Kathmandu.”

In a district where nearly everyone is still in makeshift shelters and desperately short of basic supplies, our partner also shared a story of hope with us: in those areas where they had done intensive community-based anti-trafficking and child protection work over the past several years, they had not heard of any new cases of trafficking since the earthquake. Despite everything, these alert communities are protecting the most vulnerable. It is this type of intervention, which is so critical to protecting people from the risks and vulnerabilities of slavery.

It’s for this reason that the Freedom Fund has launched a new hotspot project in Kathmandu. This project, funded with dedicated capital from one of our founders,Legatum, is focused on supporting and enhancing the ability of local residents to protect their own from the evils of exploitation.

The hotspot is specifically focused on ending commercial sexual exploitation of children in Kathmandu. It has two approaches.

The first is to support NGOs working in villages and communities from which children are trafficked to the capital, to prevent this crime at its source.

The second approach is focussed on the girls already working in dance bars, restaurants and hotels in the capital – as they are at even greater risk than before the quake, as owners shift them around to buildings less affected by damage, and as they struggle for places to live.

With the economy being slowly strangled, due to the protestors’ blockade of fuel and supplies over the border from India, it’s even harder for the girls to escape exploitative workplaces, where they are often forced to provide sexual services to clients.

Working with NGO partners in Kathmandu, we’re supporting girls in the sector to find their own paths out of exploitation, through a combination of outreach, counselling to build rapport and trust, shelter spaces, vocational training and education.

It needs the NGO staff to work closely with each adolescent to understand what feels realistic and possible for them – so that once they leave, they don’t return to risky work.

Part of the solution seems to be that we need to work with the adult workers as well, so they can negotiate collectively for safety, proper pay and an end to sexual exploitation in the restaurants and bars – and can pressure the owners to avoid use of children.

The Freedom Fund is currently partnering with 13 local NGOs, helping them cooperate and strengthen each others’ skills in providing vital services and stimulating collective action. We’re also exploring ways the media can be used to mobilise awareness and action, and how legal strategies can encourage the government to meet its responsibility to tackle the exploiters.

There’s a long way to go, but working with local communities is a powerful strategy that can make a real difference to those who have been trafficked, or are in great risk – which is why we are committed to working in Nepal to combat modern slavery long after international memories of the earthquakes have faded.