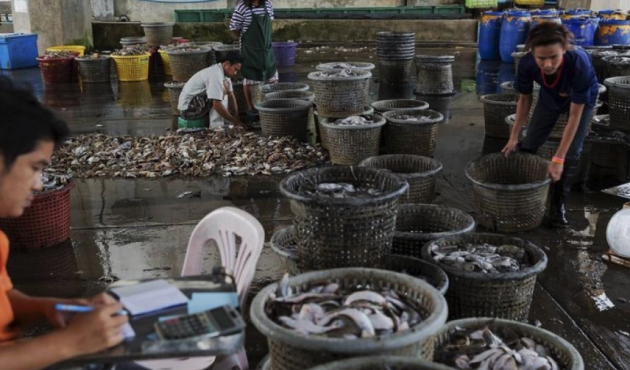 LONDON, Dec 15 (Thomson Reuters Foundation) – The might of the law is the best way to end modern day slavery, by bringing strategic cases to court that can change company practice or government policy, experts seeking to stamp out the problem in corporate supply chains said on Tuesday.

Such strategic litigation was successfully used to help end the British slave trade 250 years ago, making slavery in Britain illegal.

To help end slavery today, lawyers and NGOs must build an international network to use the law to punish and deter human traffickers, experts said.

“Strategic litigation can be a catalyst for genuine, long-term change,” Nick Grono, head of Freedom Fund, an international initiative to fight slavery, said in a statement.

“It can … force government action, drive legal reform, punish perpetrators, and compel action by businesses to end or prevent abuses,” he added.

A few such cases are already happening.

“This is a really innovative approach because it gets the exploiter to the table,” Grono said in an interview.

“If a fisherman brings a case in a New Zealand court against a (fishing) company, they’ll probably just ignore it. But if you seize their multi-million dollar boat pending resolution of the court action, suddenly you get more attention,” Grono added.

Another case in the United States ultimately resulted in a company, accused of human trafficking, being forced into bankruptcy. The corporation had brought hundreds of workers from India to repair shipyards after Hurricane Katrina.

The case ruled on a $20 million settlement for the workers.

Nearly 21 million people are victims of forced labour, which generates about $150 billion a year in illegal profits, according to the International Labour Organization.

Despite the scale of the crime, it goes largely unpunished. In 2014 there were just 10,051 prosecutions worldwide, according to the U.S. State Department Trafficking in Persons Report.

“Human traffickers enjoy near absolute impunity for their crimes … With millions held in servitude around the globe, human rights lawyers must act,” she added.

Grono said the most effective outcome of targeted litigation would be wider pressure on companies to change their behaviour.

“We’re not naive about that, but as companies become more aware of the greater risks around this issue, they will devote more attention to these issues and that can improve practices independent of litigation.”