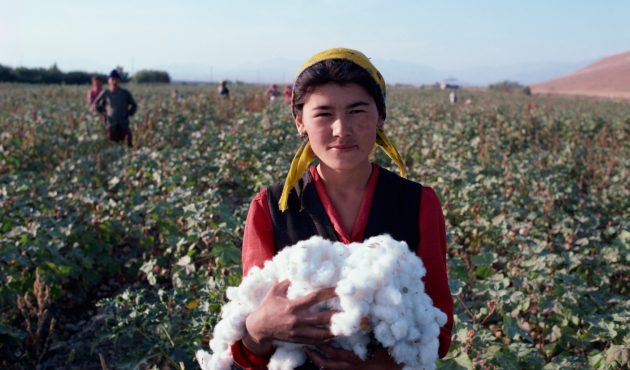 Each week the Freedom Fund curates the most insightful and timely news stories about modern slavery. Check out what we’re reading among this week’s top slavery articles.

Sourcing Journal, 28 February 2017
Biotech company Applied DNA Sciences developed a solution for addressing forced labor in the Uzbekistan cotton sector. The company identified lead genetic markers that are tied to Uzbekistan cotton cultivars. Using a molecular tag, which authenticates the forensic origin of cotton, it would be possible to differentiate Uzbek cotton harvested by machinery from that which derives from forced labor.

Growing child labour in India’s cities is just the tip of the iceberg, say activists
Thomson Reuters Foundation, 27 February 2017
Urban India is employing an increasing number of children – many under nine years of age – in producing everything from pickles to fireworks, working in tourism and laboring on building sites, according to UNICEF. The analysis shows that although education policies have led to a rise in literate children, inadequate family earnings still compel them to work and supplement household incomes.

No school after marriage
Republica, 27 February 2017
Pressure to earn a living is forcing a growing number of children in Nepal to marry early and drop out of school. Although child marriage is illegal in the country, the practice is widespread in rural and poor regions, placing Nepal among the top 10 countries in the world with the highest rates of child marriage, according to the United Nations.

Teens in Bengal villages up in arms against child traffickers
Hindustan Times, 27 February 2017
Trained by NGOs with government support, children’s groups aged between 14 and 18 keep vigil in villages in eastern India, challenging traffickers and stopping child marriages. One group was awarded by the West Bengal state government, a region where child trafficking is common.

Walmart keen on Thai products
Bangkok Post, 24 February 2017
Walmart International, the world’s biggest retailer, is keen to buy more farm and fishery products from Thailand, although it remains concerned about supply chain transparency. Walmart is a member of the Seafood Task Force, a group of seafood companies, government representatives and NGOs who have come together to address issues surrounding forced labour in seafood supply chains.

Do you have a story you’d like to see featured in our roundup? Submit articles at [email protected].