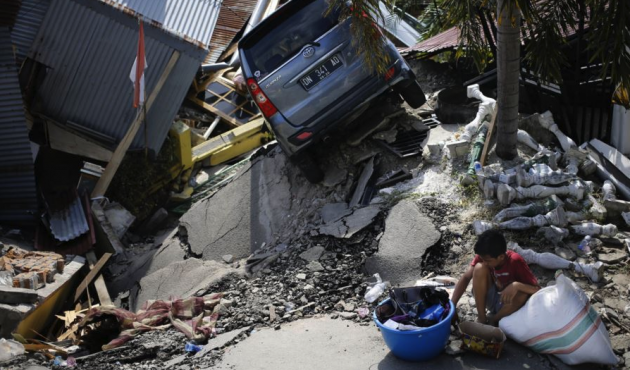 Thousands of Children in Sulawesi at Risk of Exploitation
Voice of America, 3 October 2018
UNICEF warns that tens of thousands of child survivors of the devastating earthquake and tsunami that hit Sulawesi in Indonesia are unprotected and vulnerable to exploitation.

Cumbria slavery probe: Man ‘lived in shed for 40 years’
BBC News, 3 October 2018
A potential victim of modern slavery has been rescued after living in a shed for 40 years, according to the Gangmasters and Labour Abuse Authority. Officers found the 58-year-old British man with just a chair and soiled bedding during a raid at a residential site north of Carlisle.

Back home, Cameroon migrants grapple with Libya trauma, prison debt
Thomson Reuters Foundation, 28 September 2018
Thousands of African migrants who, after failing to reach Europe in search of a better life, have been flown home from North Africa by the IOM with funding from the EU, but many returning migrants are struggling to get their lives back on track.