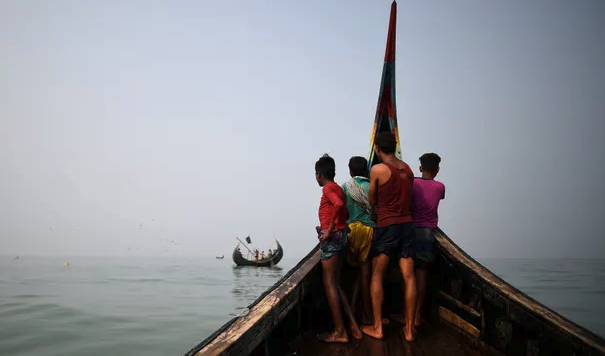 Guardian, 5 December 2018
A new exodus of boats carrying Rohingya fleeing from Myanmar has begun, with at least six boats carrying hundreds of refugees intercepted at sea or washing ashore over the past month.

New scrutiny over Bolivian child labour after U.S. pledges aid cuts
Thomson Reuters Foundation, 5 December 2018
Bolivia’s record on child labour and human trafficking has come under renewed scrutiny after the United States said it would cut aid to the country over concerns it was not doing enough to combat them.

UK faces tough task to ensure govt supply chains are slave-free
Thomson Reuters Foundation, 4 December 2018
Britain’s pledge to tackle modern slavery in government supply chains could be hindered by the number of companies flouting its anti-slavery law and operating “below the radar” when delivering goods and services to public bodies, activists said.

Facebook and banks enlisted in drive to stop slavery
CBS News, 3 December 2018
From social media posts to educate immigrants threatened by modern slavery to teaching bank staff to recognise the warning signs, a drive to combat sex trafficking and forced labour among Romanian and Polish communities in London launched this week.