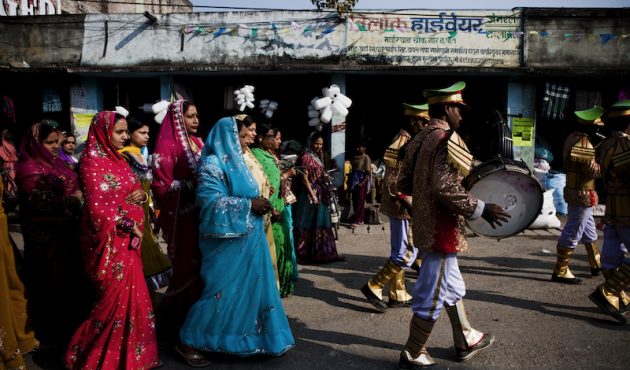 Opinion: Four ways that anti-slavery donors can make an impact
Thomson Reuters Foundation, 8 May 2019
Freedom Fund Director of Programs Dan Vexler answers the question: If you were a new donor to the anti-slavery sector, what would you fund?

Rohingya women, girls being trafficked to Malaysia for marriage
Al Jazeera, 8 May 2019
According to Rohingya activists and rights groups, dozens of women are now regularly arriving in Malaysia to marry Rohingya men, reviving a form of transnational human trafficking that once moved thousands of Rohingya a year. The marriages and travel are often arranged by Rohingya men, previously smuggled into Malaysia themselves but usually unable to marry local women.

The makeup industry’s largest secret is hiding in your makeup bag
Refinery 29, 6 May 2019
Nine thousand miles away, in a remote village in India, children are risking their lives to bring you the shimmer in your makeup.

The women desperate to leave Nepal
BBC, 4 May 2019
The trafficking of Nepali women increased rapidly after the 2015 earthquake, and social media has been making the traffickers’ job even easier.