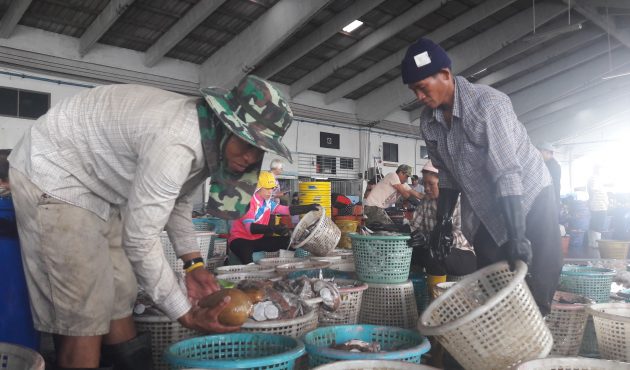 Key to ending modern slavery lies in frontline communities, new report finds
Triple Pundit, 10 October 2019
The report – “Unlocking What Works: How Community-Based Interventions Are Ending Bonded Labour in India” – looks at a five-year, $15 million intervention campaign supported by the Freedom Fund to protect workers in India. It points to evidence from their frontline partners in forced labour hotspots such as Nepal and Thailand that suggests that ethical auditing and corporate certification schemes are ineffective tools for addressing and preventing forced labour in global supply chains. Instead, a variety of community-based interviews and mobilisation are key.

Titans of Thai fishing collaborate to tackle slavery
Thomson Reuters Foundation, 10 October 2019
Four years after the Thai seafood industry came under fire for its work practice, the government and private sector have introduced a raft of measures – from worker contracts to tighter laws – to clean up the multi-billion dollar sector.

A new report outlines how fashion companies can help reduce modern slavery
Dazed, 7 October 2019
Although conversations surrounding fashion’s impact on the environment is becoming increasingly prevalent, something that seems to take second place to this is its impact on people, with forced and underpaid labour and still rife across the industry. According to the Global Slavery Index, over 40 million people trapped in modern slavery around the world, with roughly 71 percent of those being women. Now, the Freedom Fund has set out to tackle this issue head-on, releasing a new report detailing how it has successfully reduced the exploitation of workers in focused areas such as India.