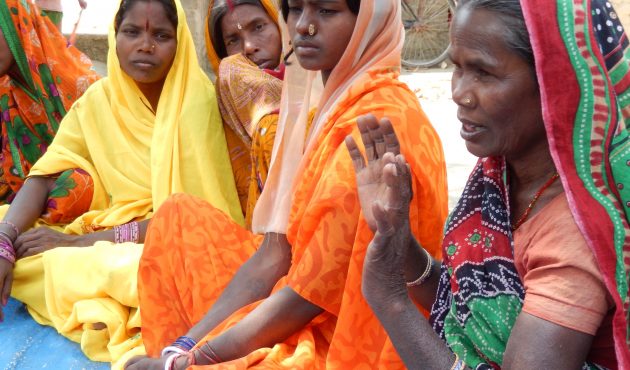 Beyond Band-Aids: For a funder collaborative taking on global poverty, it’s all about changing systems
Inside Philanthropy, 7 June 2019
By the time Co-Impact was introduced in 2017, a few private funder collaboratives pursuing transformational “systems change” already existed, addressing both domestic and global problems. On the global side, The Freedom Fund, created in 2013, aggregates private capital to “tackle the systems” that allow modern slavery to persist.

Humanitarian aid failing to be feminist as funding for women lags behind
Thomas Reuters Foundation, 10 June 2019
About 0.1% of humanitarian funding goes to addressing violence against women and girls worldwide, charities said on Monday, prompting calls for a new “feminist” approach to foreign aid.

As world makes gains against child marriage, Nepal struggles to catch up
The New York Times, 6 June 2019
In many parts of the world, the battle against child marriage is being won, with global rates dropping significantly over the last decade, largely because of progress in South Asia. But the story is complicated in Nepal, one of the region’s poorest countries, where activists say these marriages are increasing in some villages.

Cocoa’s Child Labourers
The Washington Post, 5 June 2019
Mars, Nestlé and Hershey pledged nearly two decades ago to stop using coca harvested by children. Yet much of the chocolate you buy still starts with child labour.

Do you have a story you’d like to see featured in our roundup? Submit articles at news@freedomfund.org