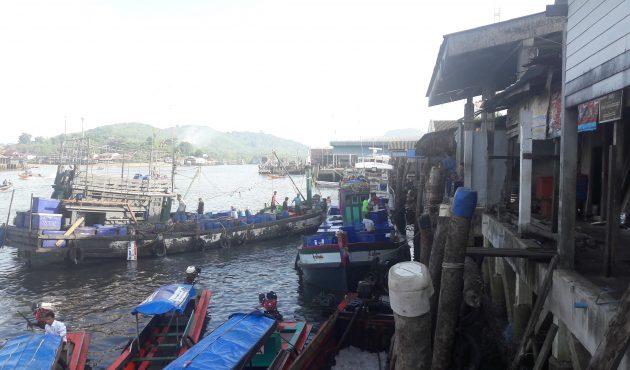 Over 50% fall in number of Indian girls married between 15-19 years
The Wire, 29 May 2019
The number of girls between the ages of 15 and 19 years who are currently married is down 51% since 2000, a new report says. The country’s average performance across a set of indicators related to child health, education, labour, marriage and violence has also improved.

‘Slavery’ on the seas: Forced labour widespread in global fishing industry
The Globe Post, 29 May 2019
Faced with plummeting global fish stocks due to overfishing, seafood companies have increasingly turned to vulnerable migrant workers in a bid to remain profitable, anti-trafficking advocates said.

Kyrgyzstan: Pressure builds to protect women and girls
Human Rights Watch, 28 May 2019
According to available government data, police registered 2,701 cases of domestic violence during the first three months of 2019. Two-thirds of all cases consisted of physical violence, but data on injuries or deaths resulting from domestic violence is missing, as is data on cases of bride kidnapping.

In fight against child labour, Dutch gov’t commits €35 million
NL Times, 24 May 2019
Stop Child Labor, UNICEF Netherlands, and Save the Children formed an alliance for the program Work: No Child’s Business. The program, which will launch in the summer of this year, will focus on reducing, and hopefully ending, child labor in six countries where this issue is prevalent – Côte d’Ivoire, India, Jordan, Mali, Uganda and Vietnam.