What the climate movement can teach us about ending modern slavery 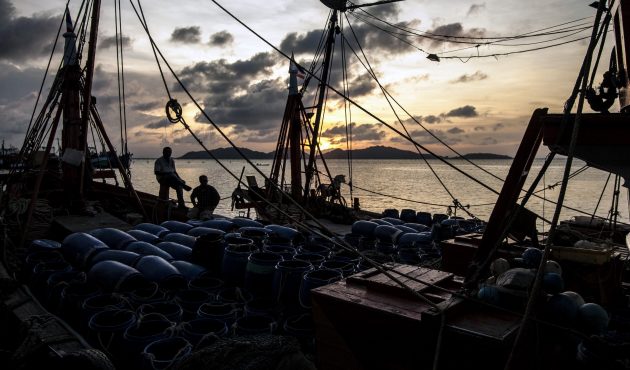 This op-ed was originally published by Thomson Reuters Foundation on 28 July 2021.

2021 is shaping up to be a watershed year for climate accountability. Climate change is no longer seen solely as an environmental issue, but one that is inextricably linked to the protection of human rights.

For those of us focused on ending modern slavery – one of the defining human rights issues of our time – there are powerful lessons we can learn from climate activists as we campaign to end the use of forced labour in corporate supply chains.

The events of May 26 this year encapsulate the climate momentum. On just one day, three ‘carbon major’ multinationals were forced to take radical steps to reduce their climate impacts.

Shareholders of U.S. oil giant Chevron voted against the board over its failure to establish a strategy for a low-carbon future. Exxon Mobil lost three director seats to activist hedge fund Engine No. 1 as part of a push for a more effective climate transition plan. And in the Netherlands, Royal Dutch Shell was ordered by a court to reduce its emissions by 45% by 2030.

This so-called ‘Black Wednesday’ for the world’s biggest polluting companies is being heralded as a turning point. Businesses that are failing to act on the climate agenda now face pressure from all sides – from governments, investors, financial markets and consumers – to change their behaviour or face the consequences.

Over the past five years, litigation against fossil fuel companies has taken hold internationally. The case against Royal Dutch Shell is emblematic in finding that the company had a legal obligation to prevent climate change across its entire value chain. It potentially paves the way for similar lawsuits against companies that have failed to address human rights violations, including modern slavery, in their operations and supply chains.

Investors are also taking an increasingly tougher line on corporate polluters. Some of the largest asset managers, including BlackRock, are pushing companies to disclose emissions across their supply chains and draw up plans to decarbonise their operations. Investor-led campaigns such as ‘Say on Climate’ and Climate Action 100+ continue to build momentum by securing commitments from some of the largest greenhouse gas emitters.

Can we reach a similar tipping point for modern slavery? Like climate change, modern slavery is a global systemic issue. Over 25 million people are estimated to be working in situations of forced labour around the world, many within the supply chains of multinational corporations.

As with climate change, companies’ unwillingness to address the societal costs of their business model enables modern slavery to flourish, impacting the most vulnerable in society, particularly in the Global South. Yet compared to the climate movement, we have yet not reached the stage where failure to act on modern slavery triggers the financial, legal and reputational consequences required to shift corporate behaviour.

Those of us working to put an end to this abuse should look to the successful tactics of climate activists, putting energy into pressure-based strategies and campaigns against corporate wrongdoing.

For example, we have much to learn from the environmental movement on how to effectively mobilise and scale shareholder activism as a tool for change. Despite a long history of litigation against corporations involved in human rights abuses, this approach remains nascent in the modern slavery context.

We need a paradigm shift in the corporate world. To do so, we need laws that require companies to meaningfully address their human rights obligations. Across environment and human rights, the corporate accountability agenda has been hindered by relying on voluntary efforts.

As pressure to act has increased, so has the corporate rhetoric – and greenwashing and bluewashing have become pervasive. However, the growing momentum for mandatory human rights and environmental due diligence legislation in Europe has the potential to change the rules of the game.

Creating ambitious, legally binding rules for corporate behaviour with meaningful sanctions attached will make acting on climate and human rights, including modern slavery, a business-critical issue that boards will no longer be able to ignore. Only then will we be able to ensure that the goods and services we consume are not produced by the forced labour of some of the world’s most vulnerable people.