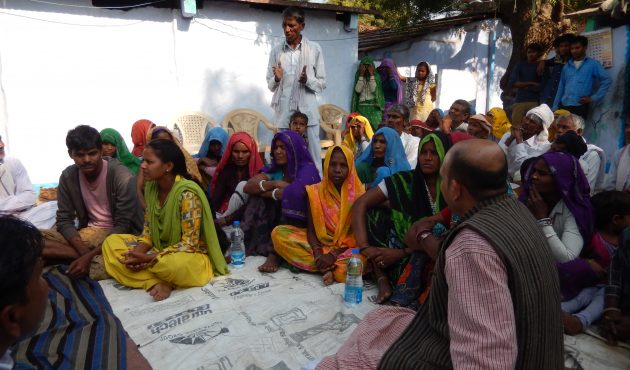 The Indian state of Rajasthan has one of the highest rates of child labour in the country. The Freedom Fund commissioned Praxis and Partners in Change to conduct a feasibility study of an intervention to reduce the exploitation of children in Rajasthan.

In addition to interviewing 26 civil society organisations across the state, the researchers also interviewed a wide range of government departments. Discussions with survivors about the different forms of trafficking and bonded labour, as well as community level meetings were important components of the research. These conversations focused on the practical and policy interventions that are most relevant from the point of view of those most affected.

The study recommends a hotspot program aimed at improving the performance of government and business responsibilities against bonded and child labour, defining intervention strategies with strong potential to reduce the prevalence of child exploitation and strengthening the ability of each NGO partner to address the root causes of bonded and child labour.

The study found that the Rajasthan state government is well-positioned to take strong action against exploitation of children. The state’s policy on child labour goes beyond the national law to include working children who are under 18, rather than 14. Since 2004, Rajasthan has rescued and rehabilitated 1,845 bonded labourers, of whom 611 are children. The research found that Rajasthan can take additional steps in collaboration with civil society to become an influential model in India’s drive against bonded and child labour.

Rajasthan boasts a large number of civil society organisations focused on workers’ rights, but the research identified several challenges, including the normalisation of debt bondage, the difficulty sustaining local groups linked to unions while workers migrate, and the lack of reliable systems of interstate reintegration with NGOs. The study focused on five high-prevalence sectors: brick kilns, workshops in Rajasthan’s capital Jaipur, the Sahariya community in agriculture, stone quarries and the trafficking of children from southern Rajasthan.

“A key role for the hotspot will be to collaborate with government to address the exploitation of children,” the study notes.

Pictured: Families in inter-generational bonded labour in sandstone quarries, being assisted by Daang Vikas Sansthan, talk about their issues with the research team.