Towards safer recruitment of Ethiopian women into domestic work abroad 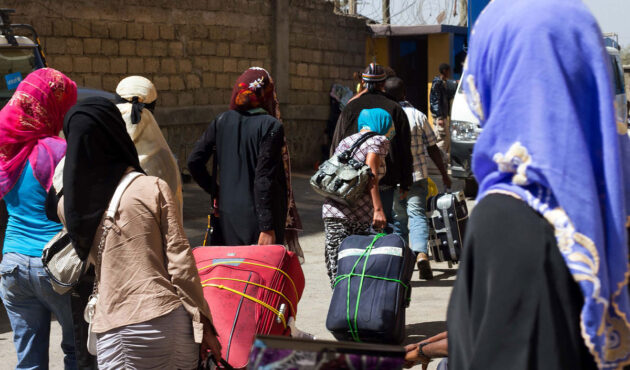 Early findings from the Meneshachin ‘our departure’ qualitative study

Ethiopia is experiencing unprecedented and increasing levels of migration of women and girls to the Middle East for domestic work. In transit and upon arrival, these women are at high risk of abuse, exploitation and of falling into situations of modern slavery.

To better understand the recruitment process well as the formal policies in place to regulate migration, the Freedom Fund partnered with the London School of Hygiene and Tropical Medicine (LSHTM) and Population Council in Ethiopia to produce Towards safer recruitment of Ethiopian women into domestic work abroad, a qualitative study of the migration process through interviews with labour recruiters, migrant domestic workers, and stakeholders working on migration and trafficking issues. The study is funded by the United States Department of State’s Office to Monitor and Combat Trafficking in Persons.

The research examines the role of recruiters in placing Ethiopian women into domestic work in the Gulf States, responding to problems at destination and supporting the repatriation of returnees. Phase One of the research consisted of 69 in-depth interviews with registered and unregistered recruiters, domestic workers recently returned from Lebanon, policy makers and service providers.

The report frames the findings by each stage of the migration cycle—pre-departure, transit, domestic work abroad, and return—reflecting the process as experienced by migrants themselves and highlighting how the responsibility and incentives of recruiters differ over time.

Findings from this phase will inform data collection in a second phase that is being conducted at regional, district and sub-district level to better understand community perspectives. 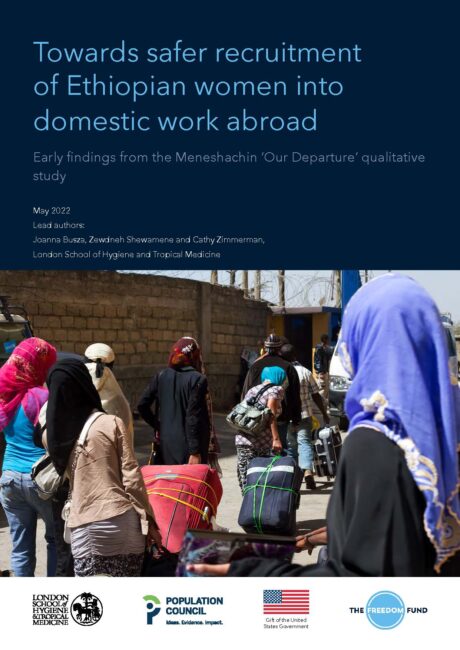