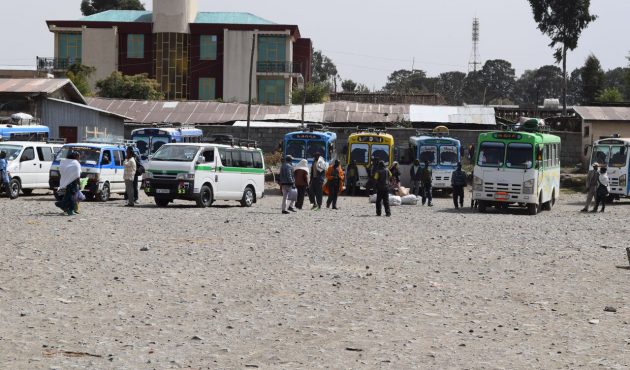 The Freedom Fund is collaborating with the London School of Hygiene and Tropical Medicine (LSHTM) to monitor, evaluate and learn from the Hotspot programme in Ethiopia. As a precursor to monitoring and evaluation work that this collaboration will undertake, LSHTM undertook formative research from January to March 2016 in areas of Amhara region where the Hotspot programme will be introduced.

We conducted a rapid qualitative assessment to investigate the dynamics of Ethiopian young women’s migration to the Gulf countries for domestic labour. The research aimed to provide information on current patterns and decision-making processes and to produce findings that can strengthen the design and implementation of the Freedom Fund Hotspot programme.

Our study relied on qualitative methods. Data collection consisted of in-depth interviews, key informant interviews and focus group discussions with returnee women and influential community members. We also were able to speak to one young woman planning to migrate overseas in the near future. This proved a difficult target group to reach as migration has been a sensitive topic since the Ethiopian Government imposed a ban on all labour out-migration in 2013 and has lifted this only recently.

Migration has become a social norm in the study communities, reportedly due to pervasive poverty and ever-reducing economic opportunities in home communities. We heard of girls as young as 14 obtaining their passports in order to work abroad. While our sample may not be considered statistically representative, the following trends related to women and girls’ migration to Gulf countries for employment as domestic workers emerged from our data:

We also explored returnee migrants’ views of factors that could influence the safety and success of the overseas migration experience. While many respondents initially talked about the role of “God’s will” and “chance” they were also able to list knowledge, skills, resources and personal attributes that increase women’s chances of having a safe and productive migration experience. These included:

The findings from the formative research will now be used by Freedom Fund to help develop the specific activities to be supported as part of the Amhara Region Hotspot programme in Ethiopia. 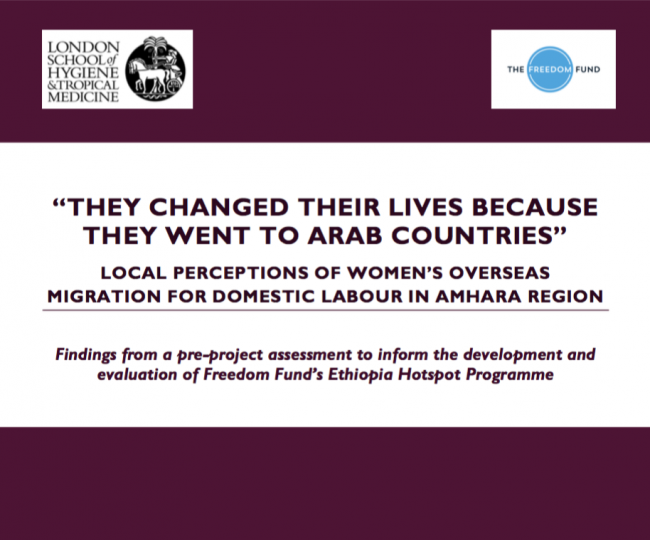