Lived realities of sustained liberation for survivors of trafficking in Addis Ababa, Ethiopia 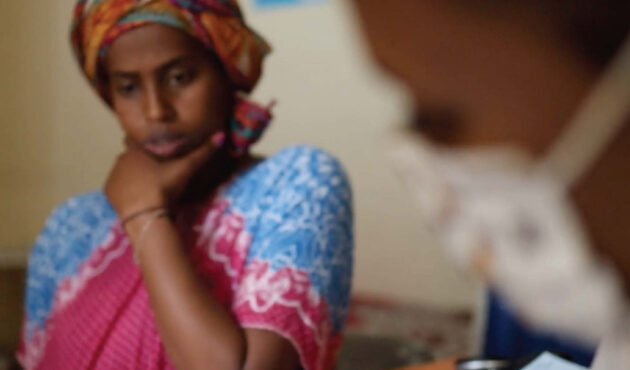 Many women and girls in Ethiopia work as domestic workers in urban cities as well as abroad, particularly in the Middle East. The conditions faced by women and girls in domestic work are well documented (for example, see Freedom Fund 2019 and Tayah & Atnafu 2016) and include harmful working and living conditions, economic exploitation, as well as emotional, physical and sexual violence – in many cases amounting to human trafficking.

To explore the reality of liberation as experienced and described by women and girls who were trafficked as domestic workers, the University of Nottingham’s Rights Lab and the Freedom Fund have just released a new research report: Lived realities of sustained liberation for survivors of trafficking in Addis Ababa, Ethiopia.

The insights provided by 75 women survivors of trafficking in Addis Ababa, Gofa and Kombucha, Ethiopia illustrate the complicated journey of liberation. Survivors emphasised the need for both immediate support to exit situations of exploitation as well as longer-term services to aid physical and mental healing, complete education and training, secure decent work and achieve financial independence. Some of the women also described advocating for the liberation of other trafficking victims as being essential elements of their own liberation.

This project aims to contribute towards the nascent body of evidence on survivors’ outcomes following liberation and builds on other similar studies with survivors of sex trafficking in Northern India, Nepal, and Cambodia. The study will be followed by a comparative report of the findings from the India and Ethiopia research projects.

Access the report: ‘Lived realities of sustained liberation for survivors of trafficking in Addis Ababa, Ethiopia.’ 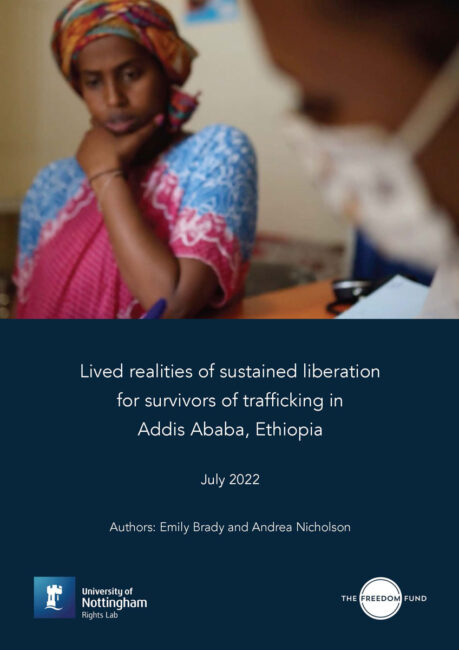 Photo: Hana migrated to Lebanon for employment as a domestic worker, where she face exploitation and abuse. She was ultimately paid only two months’ salary for two years’ work. With support from the Freedom Fund and its partners, Hana returned to Ethiopia where she received housing, counselling, and skills training in hair-dressing. Credit: Genaye Eshatu / The Freedom Fund.