Unlocking what works: How community-based interventions are ending bonded labour in India

September 22, 2019 / Evidence in Practice, Our Reports The Freedom Fund / @freedom_fund

New findings from external evaluations of the Freedom Fund’s hotspot programs by leading research organisations have validated our model of working with vulnerable communities. The headline findings from these evaluations are:

These findings are documented in our new paper, Unlocking what works: How community-based interventions are ending bonded labour in India, published today. The paper summarises the results of five evaluations of two of our India programs. Taken together, these evaluations affirm that the power to end modern slavery lies in frontline communities themselves. Our programs are having a direct impact in the communities our partners are working in, and they are successfully building on this community-level work to positively change wider policies and systems. 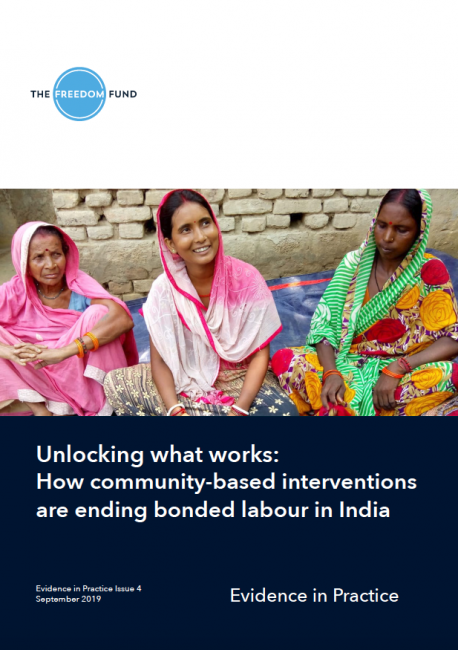