Unshackling Development: Why we need a global partnership to end modern slavery 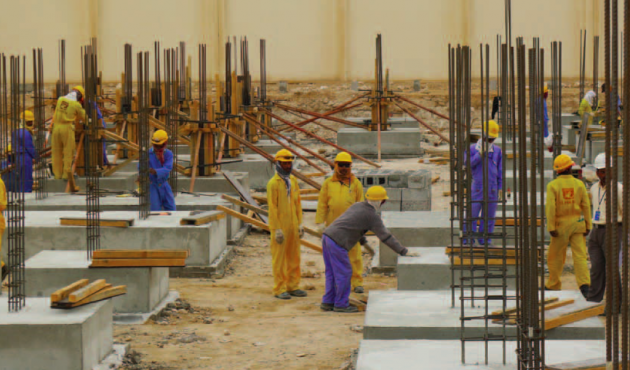 This policy report begins in Part 1 with a review of what we know about modern slavery and how to fight it, and explains why anti-slavery is increasingly seem as smart development policy. In Part 2 we review existing multilateral action against slavery, focusing on the activities of the UN system.

It suggests that extensive further consultation, led by an independent action – a UN Special Envoy on Modern Slavery – will be needed to develop a specific partnership proposal in collaboration with UN Member States and other relevant stakeholders.

It closes with ten recommendations designed to achieve a stronger multilateral contribution to the global fight against slavery, through action in the UN General Assembly, Economic and Social Council, Security Council, by regional organisations, and by business and civil society.

Image: An Amnesty International photo dated March 2013 shows migrant workers at a construction site in Doha, Qatar. The human rights organisation found an ‘alarming level of exploitation up to forced labour’ in Qatar, the host country of the soccer World Cup in 2022. Credit: Amnesty International/dpa/Corbis