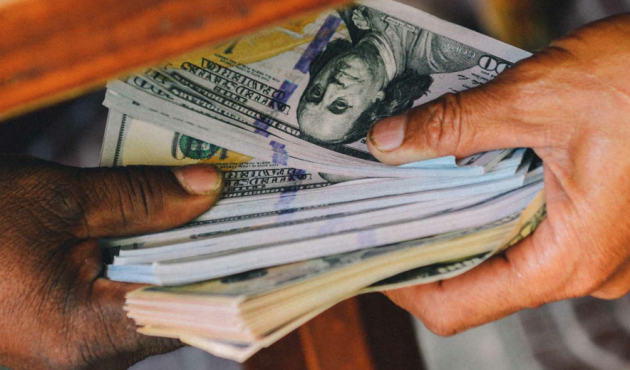 London, 25 January: Two new reports released today call attention to the dangers of bribery and corruption in global supply chains, and their links to modern day slavery. The reports – “Modern Slavery and Corruption” and “An Exploratory Study on the Role of Corruption in International Labour Migration” provide a snapshot of the extent and global spread of corrupt practices, the ways in which they interact with myriad forms of exploitation, and the impact of legislation put in place to curb both.

Nick Grono, CEO of the Freedom Fund which co-published the reports, emphasised just how widespread and entrenched the problem is: “Slavery and forced labour taint many of today’s global supply chain. Many of the everyday items we buy are produced with a degree of forced labour. This widespread exploitation of workers, particularly migrant workers who can be especially vulnerable, is often made possible by widespread corruption and bribery.”

Legislation and litigation to pursue those responsible for enslavement, as well as those engaging in the corruption and bribery that facilitates it, can catalyse long term change. The report on “Modern Slavery and Corruption” by Liberty Asia, and its accompanying in-depth legal anaylsis of legislation to combat corruption and human trafficking, examines the U.S. Foreign Corrupt Practices Act (“FCPA”) from the perspective of the anti-trafficking community and explain how efforts to eliminate corruption from business relationships and transactions can be a vital component in the fight to reduce modern slavery.

“It’s time we recognised fully corruption’s role in creating an environment for the exploitation of the vulnerable and poor” said Duncan Jepson, founder and CEO of Liberty Asia. “Industries of all types have a responsibility, both legally and ethically, to prevent their resources from being abused in this manner. Given the high cost of corruption to society, employees and shareholders, and the extent of criminal liability, it is now unacceptable that businesses do not deploy available anti-corruption tools and approaches”.

Detailing exactly how slavery, bribery and corruption interact, Verité’s “Exploratory Study on the Role of Corruption in International Labour Migration” draws on research into three illustrative transnational migrant worker recruitment corridors – Nepal to Qatar, Myanmar to Malaysia, and Myanmar to Thailand. It highlights the ways in which fraud, corruption, bribery and other illegal practices have become a structural feature of the international labour migration process, and demonstrate the ways in which they can leave workers vulnerable to exploitation and businesses vulnerable to legal risk.

“Verité’s report demonstrates that the risk of forced labor and the risk of corruption go hand-in-hand in global supply chains. The solutions to these linked problems are ready for implementation: multinationals and employers must understand and address the risks that workers face when they cross-borders for jobs” explained Dan Viederman, CEO of Verité.

Together the reports expose current links between corruption and modern slavery and the risks posed to businesses, as well as map out the legislation designed to prevent or eliminate exploitative practices. They detail how corruption and other illegal practices in migrant worker recruitment can significantly contribute to migrant worker vulnerability to debt bondage, human trafficking and forced labour as well as create potential legal risk for companies whose supply chains are tainted by exploitation

About Liberty Asia
Liberty Asia is an anti-human trafficking NGO based in Hong Kong. Its goal is to provide new solutions to change the way slavery and trafficking is addressed, with programmes focused in East and Southeast Asia. Liberty Asia partners with frontline organisations that work within communities, supporting providers and legal practicioners working in the area of human trafficking, and developing and offering a variety of technology products to address key tech infrastructure gaps in anti-trafficking work.

Verité
Verité aims to ensure that globalisation is made to work for poor and vulnerable people around the world. It ensures that powerful institutions, and particularly the private sector, take responsibility for solving human rights problems where goods are made and crops are grown. The impact of Verité’s work is tangible: more income for workers and harvesters; increased opportunities for women, minorities and migrants; protection for children and those in forced labor; safer working conditions in factories, farms, fisheries and mines; and empowerment for workers and harvesters. The broader context is worldwide, involving hundreds of millions of people and trillions of dollars of goods.