The Freedom Fund To Receive Multimillion Investment From The Stardust Fund 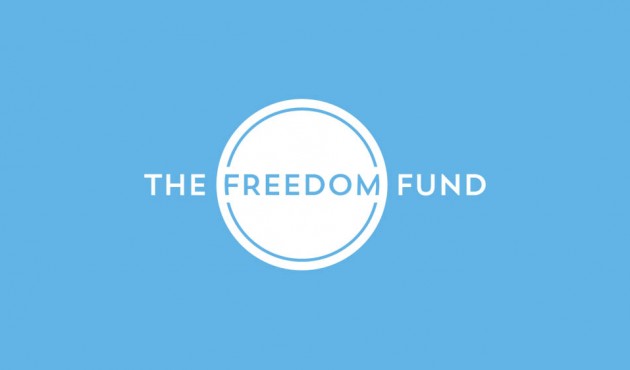 This investment marks a significant step forward for the Fund, as it is the first to be made since the Freedom Fund was established earlier this year by its three initial investors, Humanity United, the Legatum Foundation and the Walk Free Foundation.

The Stardust Fund, a US donor-advised fund of the Greater Houston Community Foundation, supports strategic organisations that empower socially excluded populations, particularly girls and women, by expanding participation and breaking down systemic and cultural barriers. “Stardust does not have a staff of program officers, so we partner with highly effective organisations to execute our mission. Our partnership with the Freedom Fund is an efficient way to accelerate impact beyond what we could achieve ourselves,” says Ms Gochman.

The investment comes after a recent program trip to India, where Ms. Gochman saw first-hand the impact of the Freedom Fund’s work in liberating and supporting victims of slavery and witnessed the transformative impact of freedom for children and adult survivors. The Freedom Fund’s “hotspot” approach works with local organisations on the frontlines, targeting countries with the very highest concentration of slavery. India is home to the largest number of slaves (over 14 million), which is why it was chosen as the Freedom Fund’s first hotspot.

This will be the Stardust Fund’s first significant international investment, and the grant is to be provided evenly over 3 years. Molly Gochman has committed significant time and resources, both artistically and financially to fight for exploited populations in the US and abroad. Her commitment to the issue is demonstrated at all levels, from working with survivors through art therapy in New Jersey, to recently joining Pope Francis, other faith leaders and Minderoo Foundation at the Vatican for the signing of a global joint declaration by global faith leaders against modern slavery.

More than 35 million people are enslaved today in the world, according to the Global Slavery Index. “Facing significant economic and cultural barriers to ending slavery, the Freedom Fund and its partners are not only working to free millions of slaves now, they strike at core issues that increase the risk of future exploitation,” says Ms Gochman. “The Freedom Fund’s innovative financing and targeted interventions, grounded in our aligned values, gives me confidence that they will achieve measurable impact and empower an overwhelming number of lives.”

Ms Gochman will work closely with the Freedom Fund as an advocate and ambassador in the fight against slavery, and will join the board of directors in January 2015.

The Freedom Fund CEO Nick Grono says: “While slavery is illegal in every country in the world, it still exists everywhere and touches us all. It’s in the food we eat, the clothes we wear and the products we buy. Much more needs to be done to end this crime, which is why we are delighted to welcome the Stardust Fund and Molly Gochman as our partners in the fight against slavery. Stardust’s investment will have a substantial impact in the fight to eradicate slavery in this generation.”

About the Freedom Fund
The Freedom Fund is a new philanthropic initiative designed to bring much-needed financial resources and strategic focus to the fight against modern slavery. With an expert team and global perspective, the Freedom Fund aims to raise $100 million by 2020 for smart anti-slavery investments in the countries and sectors where it is most needed.

Its approach is to focus on hotspots—defined geographic regions with a high concentration of slavery—and target resources to frontline organizations closest to the problem.

Its country-based experts visit high-risk areas to identify the grassroots partners and initiatives that are having the biggest impact in protecting those at risk from slavery, rescuing and rehabilitating those already enslaved, and bringing those responsible to justice. It works closely with partners to help them improve their results and to meet its rigorous requirements on measuring outcomes.