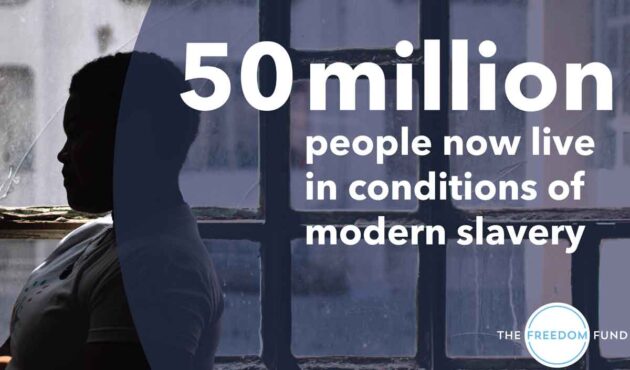 The updated Modern Slavery Estimates by the International Labour Organization, Walk Free and the International Organisation for Migration show forced labour and forced marriage have increased from 40 million to 50 million people globally in the last five years.

“These important figures lay bare the stark reality that, despite global efforts, the number of people in modern slavery – experiencing extreme forms of exploitation and denied their human rights – remains high and continues to rise. The world’s most marginalised and vulnerable people therefore continue to bear the brunt of compounding crises, including COVID-19, the global economic downturn, climate change and conflict.

“We are still seeing vast numbers of adults and children forced to work in appalling conditions around the world – in private homes as domestic servants, in the sex industry, in factories, fields and farms. Many of these people are employed in the supply chains of multinational companies, which sell us the clothes we wear and the food we eat. It is essential that governments take much bolder action to regulate business behaviour and hold companies accountable for abuses, whether at home or abroad, as well as providing greater support for efforts to build worker power.

“There is also a concerning increase in the reported number of people, especially women and girls, living in forced marriages, and we know the true numbers are likely to be much higher. Forced marriage is linked to patriarchal attitudes, poverty and inequality, and often exposes young women to increased risk of trafficking, violence and abuse. Solutions are complex and require long-term efforts by both governments and affected communities themselves.

“These new figures shine a crucial light on a global crime that often goes unseen, and provide a rallying cry for action from the international community. At its heart, modern slavery is about power – the denial of equal rights to certain groups of people because of their gender, ethnicity, caste, class or migration status, leaving them at greater risk of exploitation. By concentrating our efforts in the geographic areas with the highest prevalence of modern slavery, the Freedom Fund and our frontline partners have been able to successfully support affected communities to build power and resistance, and make the changes needed to reduce their risk of exploitation and abuse.