CLOSE
Home / Private: Newsroom / Media / In the news / The Freedom Fund welcomes the Government of Nepal’s liberation of the Harawa-Charawa, a crucial step towards thousands being freed from bonded labour

The Freedom Fund welcomes the Government of Nepal’s liberation of the Harawa-Charawa, a crucial step towards thousands being freed from bonded labour 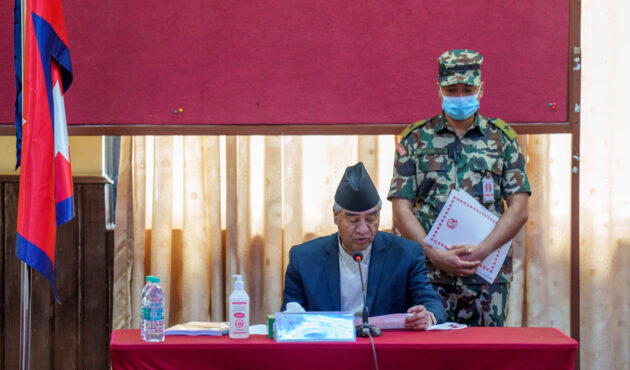 The Government of Nepal’s liberation of the Harawa-Charawa, announced today [Monday 18 July], is significant progress in the campaign to free generations who have been trapped in poverty through bonded labour.

The landmark announcement – which is the first time the government has declared Harawa-Charawa agricultural bonded labourers free – is a vital step towards affected groups having their debts cancelled and communities rehabilitated. The historic moment follows years of campaigning from organisations, including Harawa-Charawa networks, frontline organisations and leaders who have been supported by the Freedom Fund.

A form of modern slavery, the traditional system known as Harawa-Charawa targets impoverished and marginalised Dalit communities, who are at high risk of taking on high-interest debt when faced with a financial crisis. Once in debt, they are forced to work on their lenders’ land as tillers, cattle herders or domestic servants for well below minimum wage under threats of demanding immediate and full repayment of the loan and expelling the workers from share-cropping, taking away their housing and exerting physical abuse.  The debts are frequently passed from generation to generation, with little possibility of families escaping the cycle.

Although the Bonded Labour Prohibition Act 2002 officially abolished bonded labour, the Harawa-Charawa were not named as a group eligible for government rehabilitation programs which were open to other groups. While the Constitution of Nepal in 2015 added important reforms, the practice has continued with an estimated 126,294 adults and children in forced labour (ILO 2013).

Non-governmental organisations, advocates, Harawa-Charawa networks and social activists have been supported by the Freedom Fund to generate historic achievements including mobilising thousands of Harawa-Charawa through community groups, establishing elected survivor movements through the formation of the Harawa-Charawa Network and unprecedented backing by the government leading up to this recognition.

The Freedom Fund’s Advocacy Advisor, Balaram Bhattarai said: “I would like to thank the Government of Nepal for officially announcing the liberation of Harawa-Charawa agriculture bonded labourers – the declaration of liberation is a historical matter in itself and a momentous leap in the emancipation of the thousands of people who have been trapped in years of bonded labour.

“The strength and perseverance of community groups, led by the Harawa-Charawa Network – a group of bonded labour survivors representing the needs of their communities and advocating to end bonded labour – has been instrumental in this progress.

“But it will only be meaningful if there is a real rehabilitation of freed groups along with liberation. The Government of Nepal has previously supported other groups affected by bonded labour, including the ‘freeing’ of the Haliya in 2008 and the Kamaiya in 2000, yet many were unable to access government rehabilitation packages – including ID cards, official government assessment and land, housing and compensation – and continue to face barriers accessing education, health and employment, increasing their vulnerability to falling back into exploitative labour.

“Today’s announcement is a huge move forward, but it is just the first step on the journey to freedom.”

Chairperson of the Harawa-Charawa Network, Mr Dasan Mandal said: “There is no joy without freedom, and this announcement will bring much relief and happiness to more than 100,000 Harawa-Charawa people in all 8 districts in Madesh province of Nepal.

“But without rehabilitation it will not work. Once the Harawa-Charawa are emancipated, the government needs to address emerging issues such as safe housing, access to land, quality education, health and employment.”

General Secretary of Harawa-Charawa Network, Mr Lagindra Sada said: “We are delighted to hear the government has declared the emancipation of the Harawa-Charawa in eastern Nepal. Although it is, itself, the start of the journey to rights and freedom, the Government of Nepal needs to enhance its rehabilitation package through identification, verification and distribution of ID cards for the Harawa-Charawa.

“The continued gaps in the rehabilitation of freed Haliya and Kamaiya should also be urgently addressed, and we, the national network of Harawa-Charawa, extend our support and collaboration as we look for the government to adopt an integrated approach to solve the problems of Harawa-Charawa in the future.” 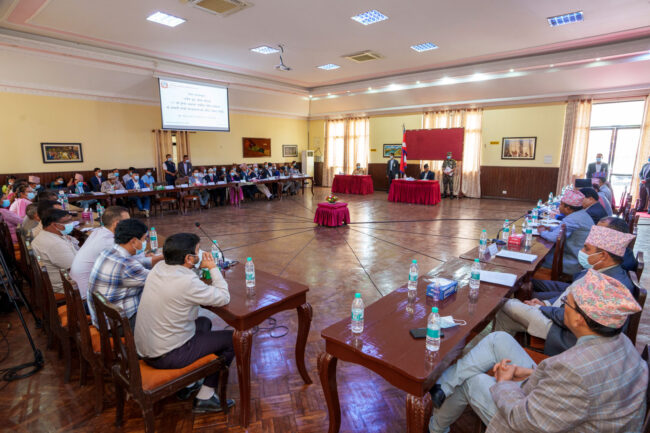 Prime Minister Sher Bahadhur Deuba announces the liberation of the Harawa Charawa community during a program organised to mark 22nd year of the declaration of the abolishment of the Kamaiya (bonded labour) practice at a hall in the prime minister’s residence in Kathmandu, Nepal, Monday, July 18, 2022. (Photo: Niranjan Shrestha / Freedom Fund) 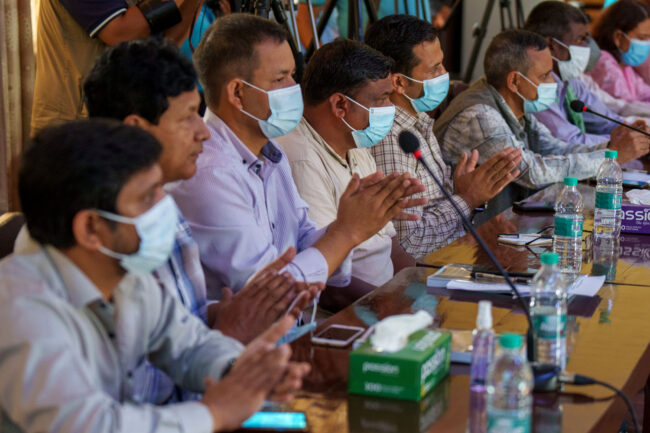 Freedom Fund staff along with other partner organisation staff applaud after Prime Minister Sher Bahadhur Deuba announces the liberation of the Harawa Charawa community during a program organised to mark 22nd year of the declaration of the abolishment of the Kamaiya (bonded labour) practice at a hall in the prime minister’s residence in Kathmandu, Nepal, Monday, July 18, 2022. (Photo: Niranjan Shrestha / Freedom Fund) 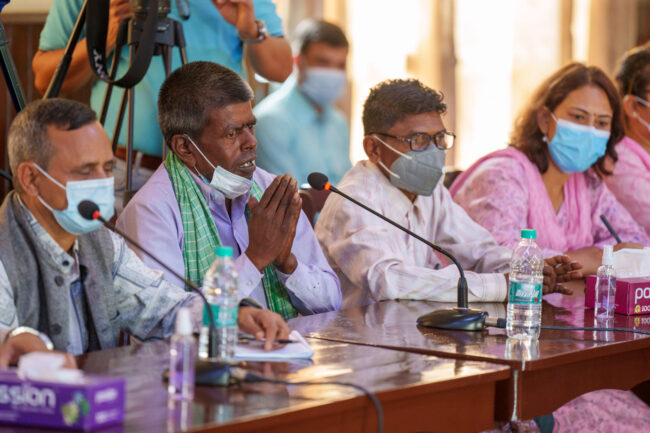 Dashan Mandal, representative of National Network of Harawa Charuwa gives his speech before prime Minister Sher Bahadhur Deuba announces the liberation of the Harawa Charawa community during a program organised to mark 22nd year of the declaration of the abolishment of the Kamaiya (bonded labour) practice at a hall in prime minister residence in Kathmandu, Nepal, Monday, July 18, 2022. (Photo: Niranjan Shrestha / Freedom Fund)