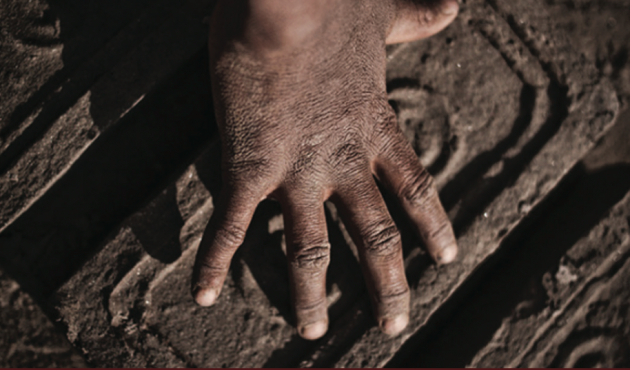 A Harvard University study released today finds strong evidence that the work of one of the Freedom Fund’s Indian partners has had a profoundly positive impact on the rights and well-being of low-caste communities affected by bonded labour in northern India.

The study, by the FXB Center at Harvard University’s School of Public Health, examines the work of the Society for Human Development and Women’s Empowerment (known by its Hindi acronym, MSEMVS) in the Indian state of Uttar Pradesh. MSEMVS has developed a community empowerment model that enables economically disenfranchised groups to identify their own priorities and collectively demand their rights. The research documents a significant decline over a four-year period in human trafficking and debt bondage in the area – almost complete elimination. It attributes remarkable improvements in the health, education and food security of affected communities to MSEMVS’ intervention.

“We have long believed that grassroots strategies to empower communities can help bring about an end to modern slavery, and this research provides important independent confirmation of that,” says Nick Grono, CEO of the Freedom Fund, which commissioned the study.

The communities targeted by MSEMVS are home to some of the most vulnerable populations in India. Community members work in agriculture, brick, stone-breaking and carpet industries, often in conditions of debt bondage, typically receiving less than minimum wages, and unable to freely change their employer. Sometimes the children within the families are expected to work by the landowner or employer. Because these families are often unable to get help, they tend to fall deeper into debt and are prey to traffickers. At the start of the intervention, over 16% of households in the communities were in bonded labour.

MSEMVS’ comprehensive strategy includes creation of Community Vigilance Committees, legal training, transitional schools, and income generation activities, and it links the groups together to achieve changes across a wider area.

The research found that communities supported by MSEMVS’ full intervention benefited in the following ways compared with similar communities:

Moreover, a strong majority of participants believed the community would be able to maintain these changes in future without MSEMVS’ on-going support.

According to one participant: “If we don’t get a good wage we refuse to work. We get to eat good quality food now. We have become more independent.”

Bhanuja Sharan Lal, Director of MSEMVS, described the deep mental shift for individuals coming out of debt bondage and the wider effects it can have: “Freedom from bonded labour is a major incident in the life of a person enslaved, and he or she imagines a kind of “rebirth” when they realise that they are free now. This new birth makes all those rights possible that were denied earlier.”

Nick Grono commented: “It’s clear that tackling slavery has a range of socio-economic benefits – a ‘freedom dividend’. At a time when governments and international donors are looking to fast-track progress toward the new Sustainable Development Goals, this study makes a powerful case for global investment to scale these kinds of approaches.”

Background note on MSEMVS’ intervention:
The communities targeted by the NGO Manav Sansadhan Evam Mahila Vikas Sansthan (MSEMVS) in the state of Uttar Pradesh are some of the most economically disenfranchised and vulnerable populations in India.
The research looked at an MSEMVS intervention across 33 dalit (“low caste”) settlements by comparison with more limited, reactive activities in 10 dalit hamlets. The comprehensive intervention included the following elements: support for priority-setting within the groups (formed among affected families within the communities); the combination of children’s transitional education, adult human rights and legal rights training, women’s empowerment, and economic independence strategies; intentional work with communities towards the goal of full eradication.

Its approach is to focus on hotspots—defined geographic regions with a high concentration of slavery—and target resources to frontline organisations closest to the problem. It identifies the grassroots partners and systemic initiatives that are having the biggest impact in protecting those at risk from slavery, enabling liberation and recovery of those already enslaved, and bringing those responsible to justice. It works closely with partners to help them improve their results and rigorously measure their outcomes.

About the FXB Center for Health and Human Rights:
The François-Xavier Bagnoud (FXB) Center for Health and Human Rights is the first academic center to focus exclusively on the practical dynamic between the issues of health and human rights. Founded in 1993 through a gift from the Association François-Xavier Bagnoud, the FXB Center is a world leader in building a conceptual basis of the right to health and driving advocacy initiatives to incorporate human rights norms into international health policy. The FXB Center is based at the Harvard School of Public Health (HSPH).