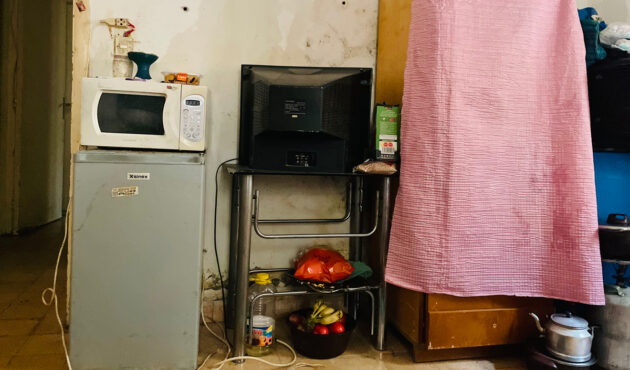 Strong demand for low-wage workers in the Middle East, coupled with fewer job opportunities at home, have helped sustain high rates of outward migration in Ethiopia. Most women are using informal brokers and opting for irregular migration to earn a living abroad, particularly in countries such as Saudi Arabia, United Arab Emirates, Lebanon and Kuwait.

The Meneshachin (‘Our Departure’) study—produced by the London School of Hygiene & Tropical Medicine, the Population Council and the Freedom Fund, and funded by the U.S Department of State Office to Combat and Monitor Trafficking in Persons—investigated how women plan their migration and the roles played by formal recruiters and informal brokers in the migration process. While the Ethiopian government has introduced new legislation to regulate the labour migration process, until now, little has been known about how recruiters operate and the chain of middlemen who send women into domestic work abroad.

Drawing on 156 interviews with stakeholders across Ethiopia, including returnees, prospective migrants, formal recruiters and informal brokers, the study found that many prospective migrants believe legal migration through government-registered recruiters in Addis Ababa takes too long and is too costly. Instead, women are more likely to rely on informal brokers in their community to find them work abroad quickly.

Joanna Busza, Associate Professor at the London School of Hygiene & Tropical Medicine and lead author of the report said: “While women are being advised to migrate the formal way, in reality there is no easy way for them to access a registered recruiter. Aspiring migrants, especially those outside the capital city, are going with whichever broker they can find locally and often end up working illegally in the Middle East. We already know they risk exploitation—including long hours, poor living conditions and violence—but in the current system, it is hard to hold anyone accountable.”

The report highlights urgent actions needed from governments, UN agencies and recruitment industry bodies, such as improving the speed and ease for migrants to obtain official documented required for regular migration and formalising the role of trustworthy sub-agents who operate in local communities. It also calls for community-level interventions for more accurate information about conditions and wages for domestic work in the Middle East; improving prospective migrants’ understanding of, and access to, the legal migration process; and an increase in speed and ease of obtaining the official documents required for legal migration.

Daniel Melese, the Freedom Fund’s Ethiopia Country Representative added: “Ethiopia has passed a number of important laws to protect Ethiopian citizens employed overseas. The policies that exist on paper must now be properly implemented, in Ethiopia and in destination countries, in order to tangibly improve the situation for women recruited into domestic work abroad. Currently, Ethiopian-based recruiters have little ability to foresee what happens to women when they arrive and even less power to intervene when abuse happens at the place of work.

“Efforts by governments, UN agencies and recruitment industry bodies must be made if we are serious about protecting the rights and reducing exploitation of Ethiopian migrant workers. This should include diplomatic agreements, practical information, help-lines and local support organisations for all migrant workers – regardless of their regular or irregular status.”

The “The role of agents and brokers in facilitating Ethiopian women into domestic work in the Middle East” report is available at: https://freedomfund.org/meneshachin-report-2022

This report was prepared by Joanna Busza, Zewdneh Sabe and Cathy Zimmerman from the London School of Hygiene & Tropical Medicine (LSHTM), and is based on a qualitative research study developed by LSHTM, Population Council in Ethiopia and the Freedom Fund.

The Freedom Fund is a leader in the global movement to end modern slavery and human trafficking. We identify and invest in the most effective frontline efforts to eradicate modern slavery in the countries and sectors where it is most prevalent. Partnering with visionary investors, governments, anti-slavery organisations and those at risk of exploitation, we tackle the systems that allow slavery to persist and thrive.

The London School of Hygiene & Tropical Medicine (LSHTM) is a world-leading centre for research, postgraduate studies and continuing education in public and global health. LSHTM has a strong international presence with over 3,500 staff and 4,000 students working in the UK and around the world, and an annual research income of £180 million. Our mission is to improve health and health equity in the UK and worldwide; working in partnership to achieve excellence in public and global health research, education and translation of knowledge into policy and practice.

The Population Council confronts critical health and development issues. Through biomedical, social science, and public health research in more than 50 countries, the Council works with partners to deliver solutions that lead to more effective policies, programs, and technologies that improve lives around the world.

The Office to Monitor and Combat Trafficking in Persons leads the United States Department of State’s global efforts to combat human trafficking by: objectively analyzing government efforts and identifying global trends, engaging in and supporting strategic bilateral and multilateral diplomacy, targeting foreign assistance to build sustainable capacity of governments and civil society, advancing the coordination of federal anti-trafficking policies across agencies, managing and leveraging operational resources to achieve strategic priorities, and engaging and partnering with civil society, the private sector, and the public to advance the fight against human trafficking.