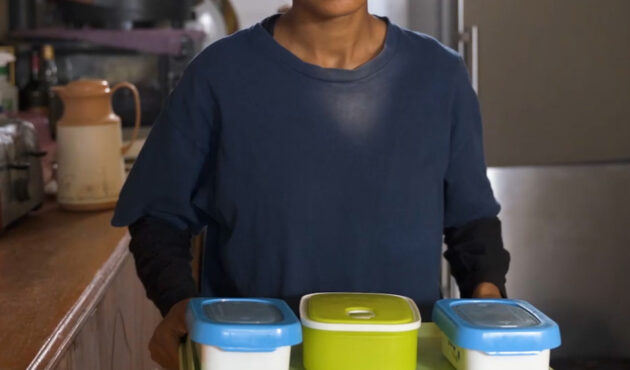 The Freedom Fund is launching its new ‘hotspot’ program in Kenya this week to support, and work with, communities and families at risk of and experiencing the exploitation of child domestic workers.

The organisation has partnered with the African Institute for Children Studies (AICS) and other Kenyan-based organisations to survey child domestic workers from nine rural and border counties working in Nairobi, to find out more about what they are experiencing.

Preliminary findings from the study revealed that more than half (55.7%) of child domestic workers surveyed were 15-18 years old, and nearly half (44.3%) were aged 11-17 years old. The majority (72.5%) surveyed were female, and 58.3% had already been a child domestic worker for more than five years. Many revealed that economic pressures on family, being orphaned, female genital mutilation (FGM) and forced marriage, illiteracy or ignorance of their rights pushed them into domestic work.

The Freedom Fund’s new program will work with frontline, community-based organisations and aims to support those at risk of exploitation in child domestic work, and those who have already been impacted. The program will advocate for policy change and raising awareness of children’s rights, including highlighting and providing clarity on the minimum age children can be employed, and taking affirmative action to ensure access to vocational skills training programs for child domestic workers.

Ruth Kimani, Senior Program Manager for the Freedom Fund in Kenya, said: “Despite the Kenyan Employment Act 2007 stipulating both children and domestic workers’ basic rights and fundamental freedoms, it is poorly implemented and too many child domestic workers remain exploited.

“Our research shows us that most child domestic workers started in the profession aged just 14 when they were not able to proceed through secondary school due to lack of funds to pay tuition. Boundaries of what child labour is, and what is acceptable practice, might also be blurred by religious and cultural norms, such as female genital mutilation (FGM) and forced marriage, leading to children being deemed of adult age and therefore available to work.

“But, children have a right to health, education, family life, play and recreation, an adequate standard of living and to be protected from abuse and harm – with the child domestic workers we surveyed indicating they longed for the same rights. By putting their voices at the forefront of action, we can create tangible change and have the most impact in addressing ongoing violations of children’s rights.

“We hope our new program will make a positive impact on the lives of children at risk of, and already experiencing, exploitation in domestic work. We recognise the existing work by the Kenyan Government to improve child protection and look forward to working with them to influence and implement better policies, and provide children with better opportunities, resources and protection to help them realise their full potential.”

The Freedom Fund partners with frontline organisations and communities in slavery ‘hotspots’ – places across the world where slavery is most prevalent. In each hotspot, we convene a network of grassroots organisations to work collaboratively on strategically aligned programs, multiplying their capacity, impact and influence. With effective support, our frontline partners can therefore have a transformative effect on entire communities.

Photo credit
The included image is from one of eight TV spots released in Ethiopia between June and July 2022 as a part of Freedom Fund’s Norms and Behaviour Change Campaign ‘Chora’ which means dawning in Amharic.  All those pictured are actors.