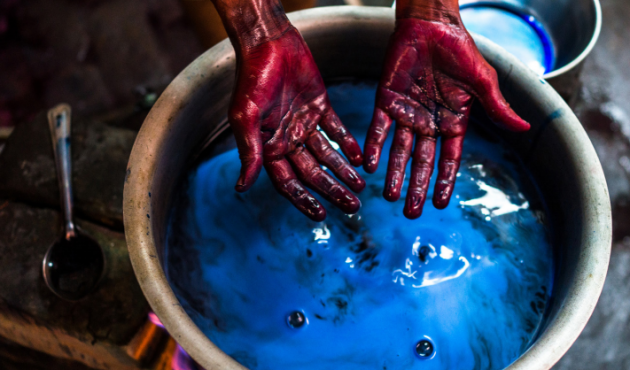 London, 20 October: A new report released today calls for a major increase in research and funding to treat the mental trauma suffered by survivors of modern slavery.

The report, Addressing Mental Health Needs in Survivors of Modern Slavery, found that survivors of forced labour, sex trafficking, and other forms of slavery frequently suffer from severe mental health problems including Post-Traumatic Stress Disorder, but there has been very limited research on which treatments are effective. The study was commissioned by the Freedom Fund and conducted by the Helen Bamber Foundation.

Prioritizing mental health care alongside other protection services for survivors is essential for their recovery. Providing this integrated care can enable survivors to recover from the experience of slavery and to increase their capacity to protect themselves from further harm.

Nick Grono, CEO of The Freedom Fund, said this research would be critical to enhancing the Freedom Fund’s interventions in slavery hotspots.

“The Freedom Fund is focused on ensuring we are supporting the best possible interventions to liberate people from slavery – and keep them free. We know that addressing the mental health needs of survivors is critical to halting generational cycles of violence and exploitation. This report highlights the need for much more research on which mental health treatments are most effective.”

Professor Cornelius Katona, Medical Director at the Helen Bamber Foundation called on modern day abolitionists to support anti-slavery organizations and networks throughout the world to take these recommendations forward. In particular, the Foundation encourages support for the Freedom Fund to ensure that the required research is funded and coordinated effectively.

“The continued existence of slavery in modern life affects us all. Slavery ruthlessly breaks the bonds of healthy human relationships. We hope this initial report represents the first stage in a collaborative, international project to develop effective models of therapeutic care for all people who have suffered slavery, wherever they are located in the world.”

Despite the limited research on specific treatment interventions within different contexts of slavery, the report found good evidence of the benefits of integrating mental health support within other practical assistance for slavery survivors. Some treatments, such as Narrative Exposure Therapy, were found to be effective among certain groups of slavery survivors, especially child soldiers, and could be adapted and tested within other slavery contexts.

The report strongly recommends launching a network of research studies to develop evidence of the benefits of different therapies. This collaborative research would enable the sharing of best practice clinical methods, utilize the valuable working knowledge of all those who are currently working in slavery ‘hotspot’ regions, and make full use of survivors’ explanations of their experiences.

The report was commissioned to identify gaps in current knowledge of the mental health needs of survivors of modern slavery and make specific recommendations regarding future research priorities.

About the Freedom Fund:
The Freedom Fund is a new philanthropic initiative designed to bring much-needed financial resources and strategic focus to the fight against modern slavery. With an expert team and global perspective, the Freedom Fund aims to raise $100 million by 2020 for smart anti-slavery investments in the countries and sectors where it is most needed.

HBF grew from the recognition that people who have suffered any kind of prolonged inter-personal violence – whether from human trafficking; war; community, domestic or gender-based violence – present with similar physical and psychological symptoms to torture survivors. The Foundation extends the model of care that Helen has developed over decades for people who suffered state torture to include a wider range of survivors who had previously lacked such specialist support.

“The crucial lesson to master is how to hold, contain and sustain people who have suffered immense atrocity and loss.” – Helen Bamber