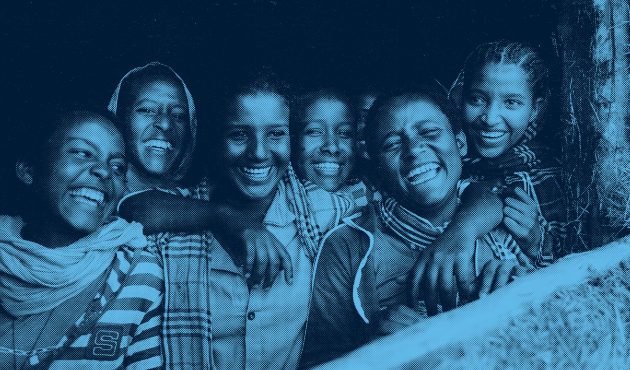 A new US$1 million fund launched today by the Freedom Fund aims to get money directly into the hands of organisations led by survivors of modern slavery – and then trust them to spend it in the ways they think will achieve the most impact.

The Survivor Leadership Fund will give survivor-led organisations an unrestricted US$15,000 grant which they can decide for themselves how to use. With a straightforward application process and minimal reporting requirements, the Freedom Fund hopes that this trust-based approach will quickly and efficiently get funding directly to where it is needed most: to small, local organisations working on the frontlines of the fight against modern slavery.

Applications for the first round of grants open today to organisations in Ethiopia, Kenya and Uganda that have one or more person with lived experience of exploitation (including human trafficking, forced labour, bonded labour or forced marriage) in a leadership position. The fund will expand to other regions, including Southeast Asia, South Asia and South America, in future rounds with the aim of distributing more than US$1 million in total.

Amy Rahe, the Freedom Fund’s North America Managing Director, who led building the initiative, said: “Organisations with survivors of modern slavery in key leadership positions are too few and far between. Small survivor-led organisations tend to be locked out by the demands of traditional donors and denied the funds they need to build and grow.

“The Survivor Leadership Fund aims to uplift and support survivor-led organisations by providing them with the freedom to choose how best to build internal capacity. We aren’t setting rules, conditions, outcomes or objectives. We trust them to use their grant in the ways they think best to achieve the aims of their organisation.”

Meseret Bayou, deputy country representative for the Freedom Fund in Ethiopia, said: “We hope that this fund can be a game-changer for small, survivor-led organisations, paving the way for a new generation of survivor leaders and groups who can really make a difference.”

“Nurturing and supporting survivor-led groups and female leaders is crucial to the work we are doing in Ethiopia with young girls and women likely to migrate. They, and Ethiopians who have already returned from exploitative work in the Middle East are more likely to listen to other returnees about the risks of exploitation. Flexible funding empowers survivor-led organisations to make quick choices about how best to help, choices those on the frontlines and as survivors themselves are best placed to make.”

The application process aims to be as open and inclusive as possible, involving a simple online form and a discussion with a panel of Freedom Fund staff. Grants can be used wherever the organisation decides it needs funding: operations, programs, office payments, technology purchases, etc. After six months, the organisation is asked to provide feedback simply on where the funding went and how it supported the organisation’s mission.

Amy Rahe continued: “This grant puts the power and leadership where it belongs, with those most impacted by modern slavery and leading on the frontlines. We hope philanthropists and other donors will feel as excited as we do about starting to more deeply center survivors at the heart of the global movement to end slavery, and that other funding organisations will be inspired by this model.”

More information about the Survivor Leadership Fund and further details of the application process are available here.

The Freedom Fund is a leader in the global movement to end modern slavery. We identify and invest in the most effective frontline efforts to eradicate modern slavery in the countries and sectors where it is most prevalent. Partnering with visionary investors, governments, anti-slavery organizations and those at risk of exploitation, we tackle the systems that allow slavery to persist and thrive.