CLOSE
Home / Private: Newsroom / Press Releases / Trust-based grants will put survivors in Brazil, Bolivia and Peru at the forefront of the fight against modern slavery

Trust-based grants will put survivors in Brazil, Bolivia and Peru at the forefront of the fight against modern slavery 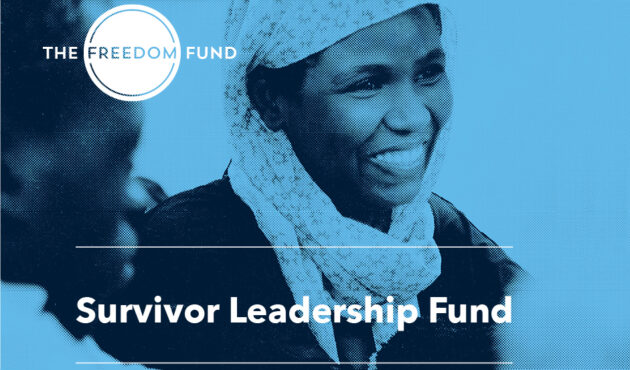 A new set of grants will give survivor-led organisations the money they need to combat modern slavery in their own communities – and trust them to spend it in the ways they believe will have the biggest impact.

Grassroot organisations in Brazil, Bolivia and Peru that work to support people at risk of, and affected by, modern slavery are invited to apply for the unrestricted US$20,000 grants, which they can spend however they decide.

The grants are the latest available from the Freedom Fund’s Survivor Leadership Fund, following a previous round of funding to local, survivor-led organisations in East Africa. Seven organisations in Kenya and Uganda were selected for their important and inspiring work to end exploitation in their communities, including forced marriage and human trafficking, and support the sustained recovery of survivors.

With a straightforward application process and minimal reporting requirements, the Freedom Fund hopes that this trust-based approach will quickly and efficiently get funding directly to where it is needed most: small, local organisations working on the frontlines of the fight against modern slavery.

The grants are available to organisations with one or more person with lived experience of exploitation (human trafficking, forced labour, bonded labour, forced marriage or child labour, including child sexual exploitation) in a leadership position. The fund will expand to other regions, including Southeast Asia and South Asia, in future rounds.

Claire Falconer, the Head of Global Initiatives and Movement Building, who leads the Survivor Leadership Fund, said: “We are incredibly excited to make this new round of grants available to survivor-led organisations in Brazil, Bolivia and Peru.

“Such organisations are all too often locked out by the demands of traditional donors and denied the much-needed funds they need to build and grow. We know giving grassroot organisations the money they need enables them to make a significant difference in tackling the systems that allow modern slavery to continue in their own communities.”

Débora Aranha, Senior Program Manager in Brazil, said: “Survivor-led organisations have the local knowledge and reach to make a real and significant impact in the fight against modern slavery. Giving them the funds they need, and the choice of how to spend it, will go a long way to counter the risks of exploitation – particularly the commercial sexual exploitation of children – currently facing many communities in Brazil, Bolivia and Peru.”

The deadline for applications is 31st July 2022. For more information about the Survivor Leadership Fund and further details of how to apply – including an application guide and a link to the online application form – visit: https://freedomfund.org/programs/community-building/survivor-leadership-fund/