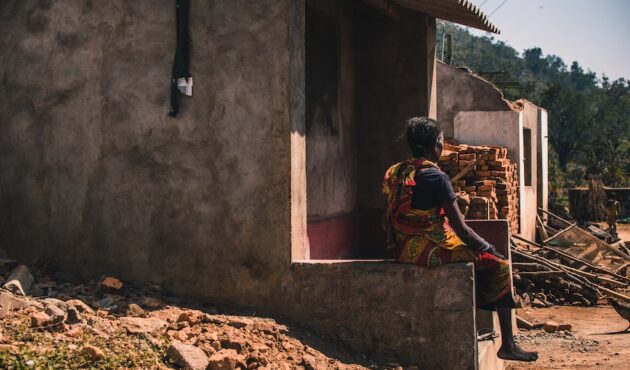 Interviews with survivors in northern India reveal that choice, economic security, decent work and access to education are critical for a life free of exploitation.

London, 12 October 2020 – A new study by the University of Nottingham’s Rights Lab, the Freedom Fund and Praxis explores which reintegration services are most effective at sustaining trafficking survivors’ freedom. “The lived realities of sustained liberation in Uttar Pradesh and Bihar, India: an evaluation of survivor experiences” presents the findings of 88 interviews with survivors of trafficking in the Indian states of Bihar and Uttar Pradesh. While there is no single pathway to sustained freedom, respondents emphasised that access to decent employment, education and knowledge of their labour rights were critical for securing long-term freedom.

“Survivors explained that the ability of communities to organise and prevent exploitation was crucial to developing independence and securing long-term freedom,” said Dr Andrea Nicholson and Dr Deanna Davy, researchers at the University of Nottingham Rights Lab and co-authors of the report. “Support from the philanthropic community for the creation and provision of ongoing services for these groups is therefore critical for facilitating sustained liberation.”

The study identified choice, decent income, freedom from debt, and self-representation as critical components of survivors’ sustained liberation. Child survivors said that freedom means being able to go to school, play and plan for their future.

Survivors were interviewed one-to-three years after receiving reintegration support from Freedom Fund partner Non-Governmental Organizations (NGOs). The forms of exploitation respondents experienced included child labour and debt bondage, mainly in brick kilns. The study found that sustained liberation is a likely, but not certain, outcome following rescue, and only if a range of interventions and ongoing support are in place. Without the support provided by NGOs and community groups, many survivors would have fallen back into exploitation. Economic pressures and ill health were cited as the most common barriers to freedom, with the majority of respondents highlighting decent wages as critical to sustaining freedom.

Support from NGOs is most effective when it works with community groups to strengthen self-representation, reducing the risks of exploitation in the future. As one female survivor explained, “Nobody will be able to trouble us if we stay together. We were individual fingers. Now we are a fist.”

Based on survivors’ responses, the study made the following recommendations:

“Survivors need to be leading the conversation about their own freedom,” said Amy Rahe, Freedom Fund’s Director of North America. “We must commit to listening to survivors for the long-term and be willing to adapt our interventions based on these conversations. Survivors’ lived experiences of sustained liberation must become a focal point of research, and our new report is an important step in that direction.”

About the Freedom Fund
The Freedom Fund is a leader in the global movement to end human trafficking. We identify and invest in the most effective frontline efforts to eradicate human trafficking in the countries and sectors where it is most prevalent. Partnering with visionary investors, governments, anti-trafficking organisations and those at risk of exploitation, we tackle the systems that allow human trafficking to persist and thrive. Working together, we protect vulnerable populations, liberate and reintegrate those who are exploited and prosecute those responsible.

About Praxis
The Praxis Institute for Participatory Practices is a development support organisation committed to mainstreaming the voices of the poor and marginalised sections of society in the quest for equity and governance. Praxis engages in participatory research, capacity-building and advocacy to ensure that the most excluded and vulnerable communities have a say in development.