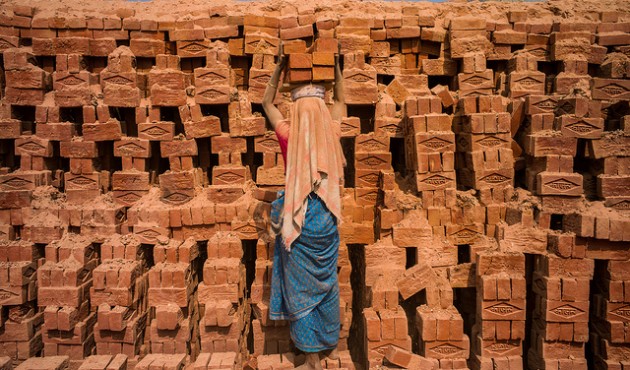 Nick Grono, CEO of the Freedom Fund, which co-published the report, put the move in historical context:

The report, jointly published by the Human Trafficking Pro Bono Legal Center and the Freedom Fund, draws on insights gleaned at a convening of leading human rights lawyers, advocates, and litigators from around the world. The meeting, held in London in May 2015, focused on lessons learned from successful human trafficking litigation. The experts who attended the meeting expressed a commitment to eradicate human trafficking and modern slavery in global supply chains.

“Strategic litigation can be a catalyst for genuine, long-term change,” said Nick Grono, CEO of the Freedom Fund. “It offers a powerful means to hold both states and private actors accountable for gross human rights violations. It can allow victims to obtain compensation, force government action, drive legal reform, punish perpetrators, and compel action by businesses to end or prevent abuses.”

With short summaries of cases pending in courts around the globe, the report provides a snapshot of current litigation efforts, as well as the potential for future legal advocacy. The report is particularly critical of the dearth of criminal prosecutions for these gruesome abuses.

The report credits investigative journalists and human rights researchers for their key roles in documenting modern slavery. As Vandenberg stated, “There can be no doubt: investigative journalism underpins some of the most ambitious modern slavery litigation currently pending in the courts. Recently we’ve seen reporting in the New York Times, Associated Press, and Guardian exposing slavery in the Thai fishing industry. Stories like these inspire innovative lawyering designed to litigate these abuses out of existence.” Strategic litigation aimed at eradicating slavery in supply chains increases the risks for perpetrators. As transnational, strategic litigation ramps up, the perception of risk should deter would-be traffickers.”

The report also acknowledges the importance of local non-governmental organization activists in providing support to victims.

Finally, the authors point to the need to make cases matter beyond the courtroom. “Cases must have an impact beyond the individual litigants. We seek systemic change. With a global litigation strategy built on international partnerships, we can marshal community support to end modern slavery,” stated Grono.