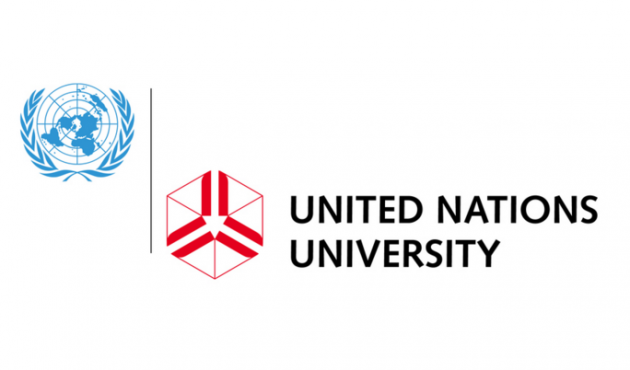 The report suggests that multilateral efforts to end modern slavery lack clear political leadership and often fail to tackle slavery in global supply chains. It also argues that while slavery may be profitable for some in the short term, it puts shackles on development for us all in the long term.

Cockayne explains: “We all bear the costs of slavery. A growing body of evidence shows that slavery not only costs the slaves, but also costs those around them by driving down wages and productivity, reducing tax revenues, creating public health burdens and exacerbating environmental destruction.”

Proposing a new framework for collective action to unlock the shackles that bind development worldwide, the report offers a series of recommendations for action at the United Nations and by various actors including regional organizations, business and civil society. The report suggests the appointment of a time-bound UN Special Envoy on Modern Slavery, to work with states to develop a Global Partnership to End Modern Slavery by 2017.

Nick Grono, CEO of Freedom Fund, points out that: “Without leadership from UN Member States and from the UN Secretary-General we will not be able to end modern slavery by 2030. The development of a global partnership to end modern slavery will be critical to help states meet their commitments to do just that under the SDGs. This important new research offers a clear pathway to achieve this goal.”

Providing background for the report, Cockayne explains: “The prohibition against slavery is one of the very rare norms of international law that applies at all times, in all places, to all actors. But clearly, with 20.9 to 35.8 million people in slavery today, it is a weakly enforced norm.”

“At the same time, the norm against slavery is under direct attack, with the Islamic State and Boko Haram both openly promoting a return to slavery and organizing slave markets. More than 3,000 Yazidi women and girls are currently thought to be enslaved by Islamic State.”

The report calls for a rethink of the role of international criminal justice, suggesting that anti-slavery efforts have played a more important role in international criminal justice than has been recognized. While the report identifies significant jurisdictional and practical barriers to International Criminal Court prosecutions of slavery crimes, it also suggests there may be scope for states to investigate and prosecute enslavement and sexual slavery crimes by the Islamic State and Boko Haram.

The report goes on to point out that the role of international criminal justice extends well beyond prosecution. International criminal tribunals have helped to clarify what states are expected to do to combat slavery by armed groups and in global supply chains, and have shaped domestic jurisprudence and regional human rights decision-making. The report offers ten recommendations for strengthening the role of international criminal justice in the fight against modern slavery, including greater support to victims, and encouraging closer cooperation between the ICC and the UN.

Grono commented: “Slavery is a stain upon humanity. We can and must do more to work together to prevent this crime and to disrupt and address it when it arises.”

“Current international efforts to fight slavery fail to bring together the development, peace and security, trade regulation and international criminal justice tools that could support national and business efforts to deal with slavery. These reports propose steps that a wide variety of actors can take over the next two years to build a more effective framework for collective action.”

For more information, to obtain a copy of the report, or to arrange for an interview with the authors please contact: