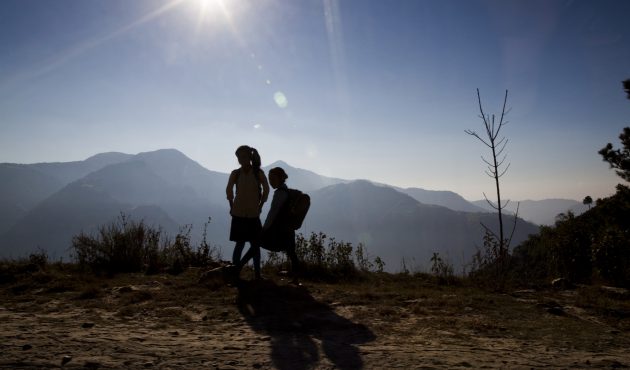 The Freedom Fund has been increasingly focused on achieving systemic change, by challenging the norms and rules that enable modern slavery to persist. Transforming these systems requires coordinated action and a deep understanding of the context. For these reasons, we are excited to share the findings from an evaluation of our central Nepal hotspot, tracing the sector-level change that is taking place and how it is being achieved.

Since 2015, our central Nepal hotspot program has been supporting children to exit Kathmandu’s adult entertainment sector. The sector is known to be a harmful place for children (mostly girls) to work, 99% of them are considered to be in the worst forms of child labour and over 60% have been subjected to groping, forced to watch pornography or made to engage in intimate sexual activities with customers.

It is understood that there has been a notable reduction in the numbers of minors working in Kathmandu’s adult entertainment sector. A 2019 prevalence study by Dank et al., commissioned by the Freedom Fund, found approximately 1,650 children working in the sector, significantly lower than estimates from several studies a decade prior.

As a follow-up to these quantitative findings, the Freedom Fund asked Progress Inc. to conduct an evaluation, using a process-tracing methodology to assess our program’s contribution to the reduction in the prevalence of minors working in the adult entertainment sector.

Based on feedback from 103 stakeholders, both internal and external to the program, the evaluation concluded that the most impactful steps in reducing the number of minors have been: (1) increased frequency of workplace inspections and (2) stricter provisions in the Children’s Act (2018) and Labour Act (2017) which prohibit minors from adult entertainment venues and improve conditions for adult workers.

There was strong sentiment among government officials and business owners that the Freedom Fund’s NGO partners played a visible role in advocating for the stricter laws, facilitating government inspections and sensitising employers to the stricter laws. Nonetheless, evaluators identified the need for NGOs to hand over more of their activities to, and strengthen response by, government bodies in order to ensure longer-term sustainability.